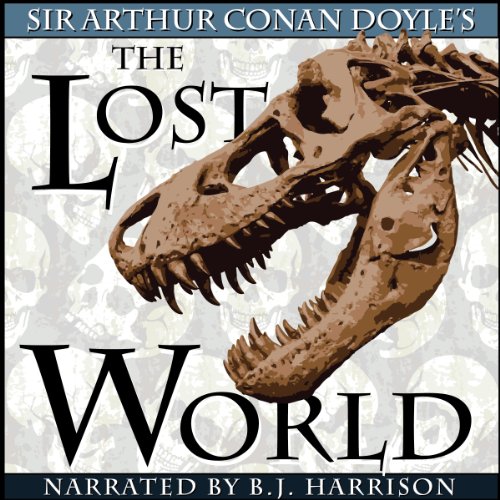 Edward Malone is a newspaperman with an ultimatum: in order to marry the girl of his dreams, he must go on a grand adventure and make a name for himself. He is directed to interview one of the most irascible and volatile characters in all literature - Professor George Edward Challenger. By the time the week is out, Edward Malone is one of an elite expedition led by Professor Challenger into an area that has been isolated from all the natural changes of time. It is a lost world of gigantic insects, warring barbaric tribes, and dinosaurs. But once they discover it, they find themselves absolutely, positively trapped in a land that time has forgotten.

Where does The Lost World rank among all the audiobooks you’ve listened to so far?

Best adventure, I would say ! It is a story that takes a man from civilization to a land that was lost !

What other book might you compare The Lost World to and why?

What about B. J. Harrison’s performance did you like?

He was excellent ! Pitch perfect voice !

Yes. It made me wonder if our civilization has truly changed since this was written. Technology has changed but have we as a people.

B.J. Harrison did a great job reading this book. His interpretations of the characters were excellent, I found. He also has a pleasent voice to listen to.

The book was good, well paced and interresting. Not frightening by todays standards perhaps. One should bear in mind that it was written 100-ish years ago.

*please forgive me any spelling errors ;)

Love this narrator! He made this classic story come alive! I will be looking for more titles he reads.