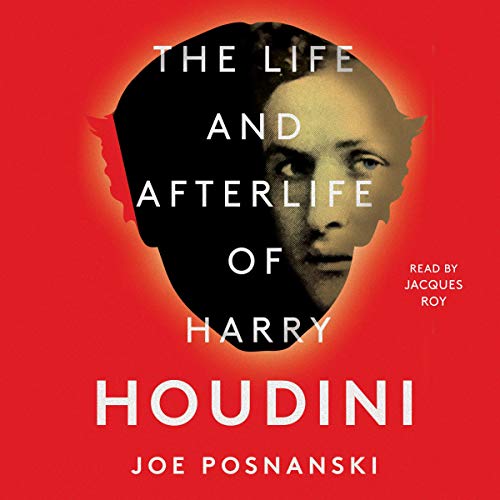 The Life and Afterlife of Harry Houdini

The Life and Afterlife of Harry Houdini

Award-winning journalist and New York Times best-selling author Joe Posnanski enters the world of Harry Houdini and his legions of devoted fans in an immersive, entertaining, and magical work on the illusionist’s impact on American culture - and why his legacy endures to this day.

Harry Houdini. Say his name, and a number of things come to mind. Escapes. Illusions. Magic. Chains. Safes. Live burials. Close to a century after his death, nearly every person in America knows his name from a young age, capturing their imaginations with his death-defying stunts and daring acts. He inspired countless people, from all walks of life, to find something magical within themselves.

This is an audiobook about a man and his extraordinary life, but it is also about the people who he has inspired in death. As Joe Posnanski delves into the deepest corners of Houdini-land, visiting museums (one owned by David Copperfield), attractions, and private archives, he encounters a cast of unforgettable and fascinating characters: a woman who runs away from home to chase her dream of becoming a magician; an Italian who revives Houdini’s most famous illusion every night; a performer at the Magic Castle in Los Angeles who calls himself Houdini’s Ghost; a young boy in Australia who one day sees an old poster and feels his life change; and a man in Los Angeles whose sole mission in life has been to keep the legend’s name alive.

Both a personal obsession and an odyssey of discovery, Posnanski draws inspiration from his lifelong passion for and obsession with magic, blending biography, memoir, and first-person reporting to examine Harry Houdini’s life and legacy. This is the ultimate journey to uncover why this magic man endures and what he still has to teach the world about wonder.

I’ve read a couple of good Houdini books in the past. But Posnanski’s take is so rich in detail and nuanced in character, that I finally have a better sense of Houdini the man. Not just the legend. Brilliantly researched, beautifully written and told.

A winning combination of exceptional writing with a tantalizing story and entertaining narration. Bravo Mr. Posnanski!

a few of the readers on audible are superb. This Roy is one of them.

Starts out slow, much like any book or movie then gets more interesting. However could do without The David Copperfield parts of the book, but it does add a little interest to the book but has nothing to do with Houdini. Overall the book is quite interesting. Would have liked to learn more about Houdini and his wife.