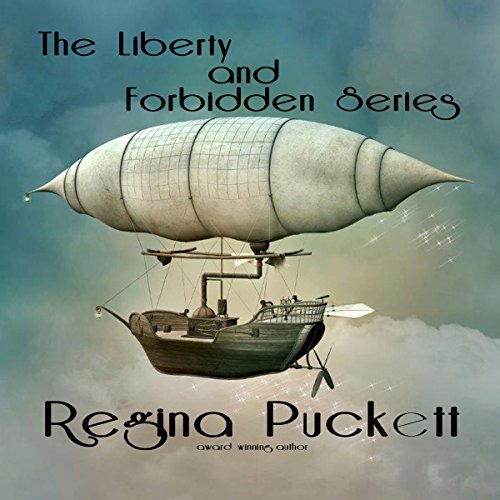 The Liberty and Forbidden Collection

The Liberty and Forbidden Collection

Finding Liberty
To survive in this barren world, Aapeli has created a rule for every situation. He doesn't feel like he's missing anything in his life until he rescues an abandoned child from a group of crazed mountain men. Over the years, the little girl shakes up his organized world by questioning all of his rules.

The Making of Boy
Over 800 years earlier, The Great War changed the face of the Earth, killing millions and destroying most of the world's technologies. Fortunately, a few remaining survivors passed down their technological knowledge to their descendants, so future generations could rebuild what had been lost. Tinker's family was gifted with the safekeeping of the last known photos of the world, its people, plant life, and animals. When Tinker realizes he's close to dying, he passes this duty on to the only one left in his family, a tiny robot named Boy.

I Will Breathe
The year is 2836. It has been 800 years since The Great War. There are small groups of people scattered in isolated pockets around the world, but most are too suspicious of each other for any intimacy. If they don't stop hiding and learn to help each other, there won't be anyone left on Earth. Liberty has grown up in this post-apocalyptic world. Her home is an airship built by her adopted father. Since his death, each day is just another day trying to survive in a hostile environment. That is until her father's dying friend asks if she'll take custody of a small, child-like robot.

Into Forbidden
Since The Great War, the world has become a barren and unfriendly place. If Harmony didn't already know that, she certainly does the moment she winds up in the walled-off city of Freedom. It turns out that this city is anything but free. Its people are ruled by a group of huge, spider-like robots, aptly named Overseers.

An Ill Wind
Harmony and Boy have been flying her grandmother’s airship since her death. They use it to deliver food supplies and found objects from the Forbidden Lands to the few, last remaining humans on Earth. It’s on one of these trips up the east coast an unexpected storm pulls the airship out into the open ocean. Even though Harmony struggles to keep Airus airborne, the strong winds are too much, and it crashes into the ocean.

A Man Called Rat
When a storm sends Rat’s airship off course, he lands smack dab in the middle of a group of dimwitted kidnappers. With the help of his two best friends, a 900-year-old robot and a droid who always believes they’re on the verge of dying, Rat escapes the kidnappers’ clutches before rescuing the women being held against their will. While the rescue should have been the end of the story, Rat soon discovers the women are hiding something from him. When he uncovers their secret, it turns his life upside down and sets the entire world on a different course.

A Legacy of fanciful loveable characters

I put this story of a wonderful airship, a heroic father, a daughter named Liberty, a robot named, Boy and let the adventure and romance begin. We meet Liberty's husband, the love of her life, her descendents and their lives and adventures on the same airship, and the darling robot, Boy. There is so much more to this collective story, I do not have the space. The narrator's voice is perfect for this story. My 2.5 year old granddaughter and her grandma, me, cuddle down at night and after a few minutes of settling, she is listening to this lovely, lovely story with me.