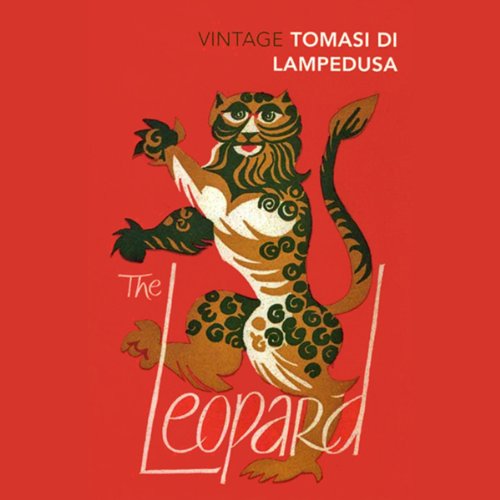 Set in the 1860s, The Leopard tells the spellbinding story of a decadent, dying Sicilian aristocracy threatened by the approaching forces of democracy and revolution. The dramatic sweep and richness of observation, the seamless intertwining of public and private worlds, and the grasp of human frailty imbue The Leopard with its particular melancholy beauty and power, and place it among the greatest historical novels of our time.

Although Giuseppe di Lampedusa had long had the book in mind, he began writing it only in his late 50s; he died at age 60, soon after the manuscript was rejected as unpublishable. Here, finally, is the definitive edition of this brilliant and timeless novel.

one of the most beautiful books ever written

What made the experience of listening to The Leopard the most enjoyable?

I first read this years ago and was enthralled by its beautiful language and structure. No book has ever painted such vivid images in my mind, it was like reading a a painting by a great master. The audio version didn't disappoint

A vivid and honest description of change for an aging, decaying and increasingly redundant man and his world

It is famously one of the best Italian novels ever. I bought it first time in a charity shop in the 1980s knowing nothing about it. I was in awe. Its alive with beauty, I never forgot it. It made me laugh and cry at different points and the performance by Ballerini was lovely and sensitive to the exquisite literature and subject matter. Respect.

I'm beginning to sound crazed, I had better stop.

Books like this, it's better to go into blind. All I knew about it was that it involved Sicilian Aristocracy during the Italian "Resurgence." It is very well written, in as much that entire short stories seem to blossom from within single paragraphs (Such as the scene you will encounter when the family is eating jello/pudding). I found this to be a very rich and rewarding novel, however don't buy it if you're looking for "Under the Tuscan Sun," where serendipity makes everything come out rosy in the end. This is about war, intrigue, etc. and is strong on character and history. Don't come looking for a fast-food novel about princes and kinds.

A gorgeously told story. Ostensibly this is a tale of the decline of the nobility of Sicily following the reunification and creation of the nation of Italy. This is in fact the story of the inevitable decay and decline of just about everything human. Only aspects of human nature, good and bad, and the harsh Sicilian sun seem immortal. Despite those heavy themes, there is a sumptuous and sensual quality to the writing and the subject which is very seductive indeed. The reader's honeyed voice and his subtle ability to capture the mood and the people are brilliant.

I love this book so much. I enjoyed the other version of this on audible a lot. I heard good things about Edoardo Ballerini so I checked this version out and it’s amazing too. Both are very good.

Who Says History Can't Be Sexy and Sensuous?

First of all the narrator speaks both Italian and French and therefore isn't daunted by the names and the language insertions in the book. His language skills made it an added pleasure to listen to a book that had so many Italian names in it.

The book is one of the most linguistically rich books I have ever read/listened to. It was like listening to a sumptuous feast of words.

I suppose it's classified as a historical novel because the story takes place in the past. It's really an romance novel and only makes brief references to any historical events. The reader seems bored as well. He narrates in a kind of sing-song voice that rocks one to sleep.

Why is this such an Italian favorite?

Where does The Leopard rank among all the audiobooks you’ve listened to so far?

It is emotionally bittersweet and ironic.

Which character – as performed by Edoardo Ballerini – was your favorite?

The Leopard of course.