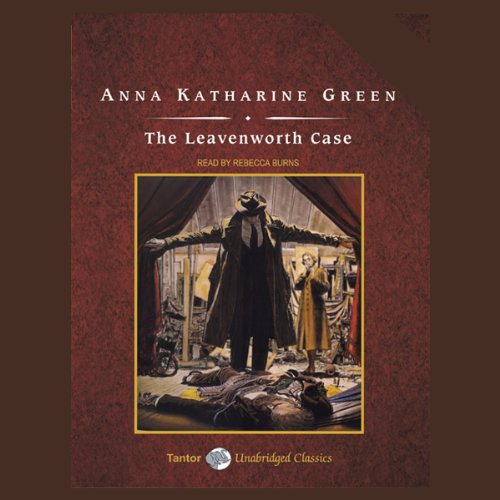 Horatio Leavenworth is a New York merchant whose material wealth is matched by his eminence in the community and reputation for good works.

He is also the guardian of two striking nieces who share his Fifth Avenue mansion. Mary, her uncle's favorite, is to inherit his fortune at his death. As this mystery opens, that lamentable event has just occurred. Leavenworth has been shot to death and circumstances point to one of his young wards.

Circumstantial evidence points in one direction: but is that the trail to follow? Not to give anything away, but Yale University used this book in its law school to demonstrate the fallablllty of such evidence.

Bad reader made it impossible to listen to

I tried to listen to this several times. The reader is so bad I couldn't get past the first 30 minutes so my rating is not based upon any of the writing or the story.