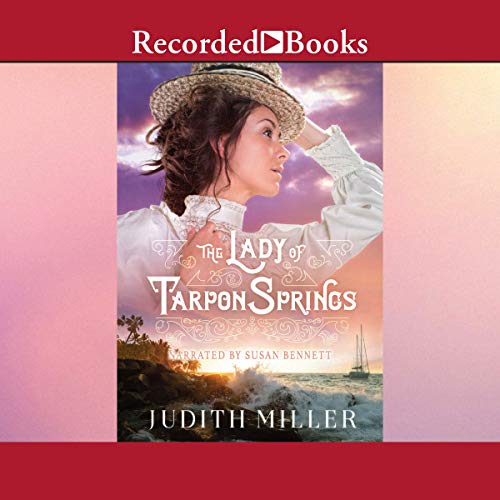 The Lady of Tarpon Springs

Zanna Krykos eagerly takes on her friend's sponging business as a way to use her legal skills and avoid her family's matchmaking. But the newly arrived Greek divers, led by Nico Kalos, mistrust a boss who knows nothing about the trade. Yet they must work together to rise above adversity after the mysterious death of a diver and the rumor of sunken treasure.

Much to the dismay of her Greek family, Zanna Krykos makes a living as a lawyer in Tarpon Springs, Florida. When her friend Lucy needs legal advice about the business she inherited upon her father's passing, she ends up asking Zanna to run the business instead so she can focus on her medical career.

Nico Kalos is a Greek diver who has worked on sponging boats in the Aegean Sea since the age of 14, giving him a vast knowledge of the trade. When he hears of an opportunity to lead a group of spongers to the US, he seizes it. But his excitement is quickly quelled when he arrives only to discover a young woman with no experience in the business will be in charge of the new crews.

But as Zanna and Nico face even more complications than they could have imagined, they must learn to work together or risk everything for which they've worked so hard.

I enjoyed the story, but did not care for the audio portrayal of the main character, Zana. She was too formal. I also think some of the book was redundant, like the legal papers, the showing, then telling more than once the same information.

I LOVE Susan Bennett book narrations but not this one. I found her Male character voices very annoying. i specifically look for books she narrates because typically quality book and wonderfully skilled narration. I will probably enjoy book just reading myself.

I've read a number of Judith Miller's books and have always enjoyed them. Because I was about half way through the book before it caught my interest, I didn't think this would be the case with this book. But finally, things picked up and the book gained some momentum and strength. It was a good "mystery" with the standard love formula. As always, Ms. Miller throws in some characters that make you smile/laugh, which is enjoyable. I look forward to reading more of Ms. Miller's books.