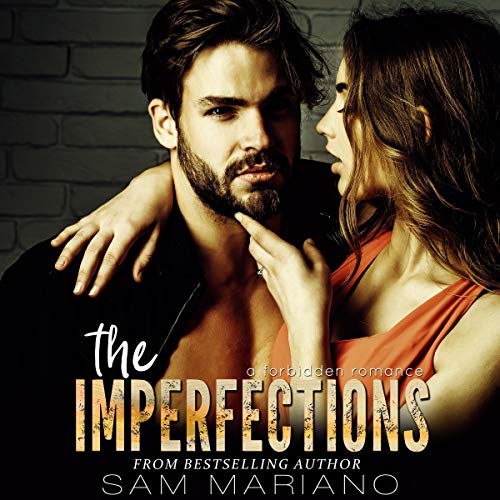 Brantley Morrison is a drinker of whiskey, a solver of problems, and a collector of mutts - the kind of loyal, hardworking guy you want on your side, and you’d best not get on the wrong side of.

Alyssa Walton never meant to find herself on Brant’s bad side and never even met the man until he showed up in her bedroom with a loaded gun and a plan to destroy her.

When Alyssa and Brant collide, his simple problem-solving mission gets a whole lot more complicated. Turns out, Alyssa is nothing like he expected, and she just might be everything he’s ever wanted. Sure, she’s a little afraid of him, but every relationship has its obstacles.

Brant’s never had anyone like Alyssa around, someone loyal and kind who can smoothen over his rough edges like she was born to do it. Alyssa’s never met a man like Brant, either, and while she admires the way he looks out for those he loves, she can’t help wondering, who’s looking out for Brant.

Now, faced with wanting the girl he was never supposed to keep, Brant has to make an impossible choice.

Does he give up the girl who has brought sunshine into his lonely life, or does he hold on tight, even if it might mean letting down the people he’s spent his whole life protecting?

The Imperfections is a full-length stand-alone novel that includes dark and sensitive themes.

This is my first book written by Sam Mariano, I love trying out “new to me” authors especially when their book blows my mind with how good it is. She certainly is a gifted author, I enjoyed her writing style and the story and characters she created. The book grabbed my attention right from the start and held it captive straight to the end. The characters are complex and nicely developed, they are easy to connect with and/or relate with. I was not sure how I felt about Alyssa Walton, the lead female, but I wound up adoring her, she was naive in many ways but she was a good hearted person despite the mistakes she makes and the situation she finds herself in. That situation brings her Brantley “Brant” Morrison, I do not think I have ever come across a character like Brant, an alpha all the way, protective of those he loves and will anything for them and I mean anything. Brant can be intense and as you learn more about him you see his dark and twisted mind, he meets his match in Alyssa, she empathizes with him, does not judge him for his actions, does that make her just as twisted and warp minded as him or just a perfect match. This book is cleverly plotted and there is never a dull moment, the secondary characters play a big part of the story, Brent’s twin sister, Bri, and her dirtbag husband, Theo. The story may take you out of your comfort zone at times, but I felt the author did a great job with the dark subject matter and felt she balanced it out with all the other drama giving you so much more. She takes you on an emotional rollercoaster at times, there are some twists and turns, thrilling and suspenseful moments and an unexpected, unplanned romance. Sam Mariano, thank you for this awesome story, I loved all the layers to it and where you took your characters. 🎧📚🎧 And for the fabulous narration, Aaron Shedlock and Ava Lucas were perfectly casted to bring these characters and their story to life. They did an awesome job portraying the characters, grasping each persona and making the role their own. Aaron Shedlock’s Brant sounded just as I pictured him to sound, an alpha badass who was riding on the edge. Ava Lucas’s Aylssa was spot on too, she allowed you to hear her youthfulness and naivety. You could hear how much heart they put into their work as they captured their characters emotions and projected them into their performance. They are entertaining storytellers and a pleasure to listen to. Thank you for another outstanding listen🎧

So, this is my first Sam Mariano book, and when I first started listening to it, I was in shock. The taboo, the forbidden had me wondering, do I go on? Of course I do! I want to know more! Alyssa is an 18 year old who has made some bad choices. As a result of these choices, Brant comes into her life. 17 years her senior with a dark past, he isn't there to be friends, but there is a desire he feels that he cannot deny. And now as a result, he has to make a choice. Does he keep her in his life or does he destroy those he loves? At first, I did not like Alyssa. No matter the circumstance, no matter her age, I was totally disenchanted....until I got to know her better. It was a forgiveness that just happened. Then there is Brant. He is all alpha protective, broody yet tender and so confused with his feelings, it was easy to love him, even with his darkness. The secondary characters just add more flavor to the story, letting us hate Theo and feel for Brant's sister. It's a book easily caught up in, making me cringe at times, wonder why people choose the decisions they do, and take me out of my comfort zone. It's all encompassing and the perfect diversion. Aaron Shedlock and Ava Lucas team up to bring this story to life. A better casting could not have been chosen. Shedlock falls into character as Brant. He adds a element to his voice that gives Brant a thread of darkness. Playing the protector, he has an edginess and truly emulates Brant's personality. Lucas masks her normally sultry voice and gives Alyssa a young innocence with attitude. Her talent amazes me, falling from the young Alyssa to the scorned Bri flawlessly. Their performance enhanced this listen and made me love these characters!

this book is hot in all the best ways, just wish the recording wasn't messed up...it repeats sentences a lot!

Absolutely loved this book! It’s a little forbidden, a little dark and a whole lot of steamy. If you don’t mind flawed characters who may be a little crazy but are loyal to a fault you’ll enjoy this listen. I don’t know what else to say because I don’t want to spoil anything. Just know that Brant is not your typical hero but I still fell in love with him. Narration was great! Aaron Shedlock was amazing as Brant. Ava Lucas also did a fantastic job!