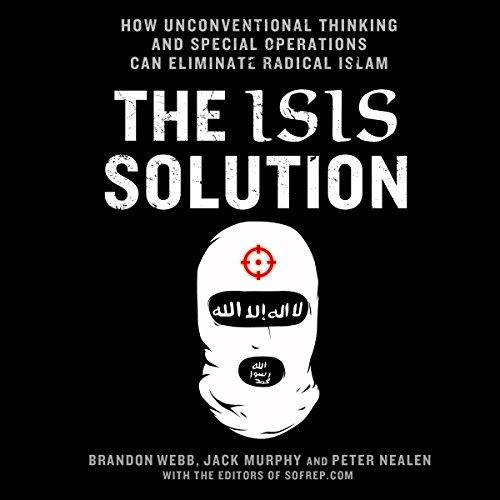 If we have been at war with terror for over a decade and still don't have solid strategies for dealing with radical terrorism, then what have we really been doing the last 13 years? It's a good question to ask yourself, and at least the president was telling the truth when he said we don't have a strategy for ISIS.

As ISIS grows in strength with each successful battle, they will also set up the infrastructure of something resembling a functional state. They will become a self-funded organization making millions of dollars from oil revenue. Left unchecked, it is hard to say how powerful they could become. The dream of a pan-Islamic caliphate is most certainly beyond their reach, however, they could carve out a very large swath of the Middle East for their empire. If ISIS were to capture the first and second most holy sites of the Islamic faith, Mecca and Medina, the entire Middle East may very well implode.

The ISIS Solution takes a look at the current geopolitical situation, organizational structure of ISIS, and provides new thinking and strategies for dealing with the Islamic State in the Middle East. Its authors and contributors have over 50 years of combined experience in the intelligence, analyst, and Special Operations communities. Leadership and a new philosophical conversation of action is needed to eliminate violent terrorism. This book starts the conversation.

Short, to the point, crammend full of information.

Would you listen to The ISIS Solution again? Why?

Yes. Many times. It has so much information that I am going to need to listen again.

It's easy to understand, and offers solutions to the problem that is ISIS.

For only a couple bucks you can learn a lot about everything that is ISIS. I very much appreciate the work the guys put into this book.

This is a quick and dirty look at a growing problem-ISIS. The authors give the reasons for its growth and good suggestions for how to defeat the group. Recommend for anybody studying radical Islam or working in national security.

Some Good, Some Naive Solutions

The Authors seem to advocate, in part, education and reason as a solution. Unfortunately, these options are quite Naive. The West has already tried the soft approach to changing hearts and minds by inviting these populations into our countries, educating them, and caring for them, but the evidence is quite clear that this approach has been an outright failure. It hasn't worked in our countries, it won't work in theirs.

The information isn't bad. However, the narrator for this book is awful. I cannot stand his voice. Very bland..just bad and his voice didn't keep my attention to the book.

Would you try another book from the authors and/or Sean Runnette?

The authors have set out to unearth the mystery of IS and propose multi-pronged solution for eradication. However, while establishing the roots of IS, they miss certain genuine grievances that breeds radicalism.

It is difficult to fully agree that the solutions proposed would resolve the issues. It maybe be wise to sometimes accept that people have differing views and not everyone is interested in the Western code of morality and democracy.

The book would've been more interesting if the authors had included more opinions of the local population affected by the tyranny of both IS and the ousted dictators.

The complex entanglement among various stakeholders in the Middle Crisis - the GOI and its army, Peshmerga, Kurds, Iran, Syria, Libya, Yemen, KSA, various radical groups, Turkey, religious sects and US makes it an interesting read.

Did The ISIS Solution inspire you to do anything?

Violence must be rejected under all circumstances without any disclaimers.

Great story but the ending is impossible for us.

Well done but, the theory that we can get an uneducated and militant religion to change is beyond the scope of mankind in our finite and selfish ambitions.

a must read for in counter terrorism

very well studied, easy to follow. I hope our folks in government apply these concepts, I recommend Trump reading this, it will certainly give him credibility he so badly needs.

The narrator sounded like he had retainer in the whole time...get a different narrator! Besides that the story was interesting and intelligent.

enjoyed this book very informative now if you could keep traitorous politicians out of the freaking you might be able to implement this and win.

Excellent and exceptional; if only CiC had balls.

Every book and production SEAL Brandon T Webb is a part of is exceptional... Read all his books/podcasts and feel the Valor of this Warrior.
Tom Maloney @t2gunner