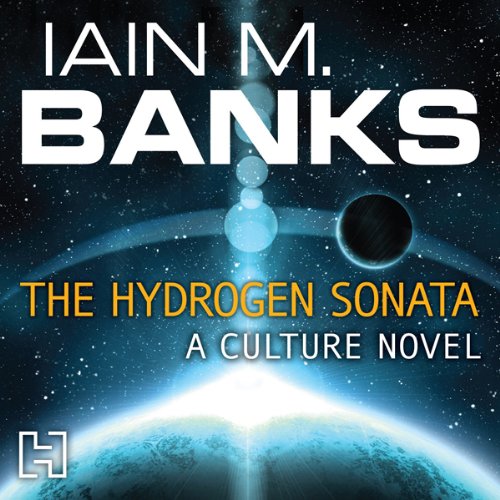 The Scavenger species are circling. It is, truly, the End Days for the Gzilt civilization. An ancient people, organized on military principles and yet almost perversely peaceful, the Gzilt helped set up the Culture 10,000 years earlier and were very nearly one of its founding societies, deciding not to join only at the last moment. Now they've made the collective decision to follow the well-trodden path of millions of other civilizations: They are going to Sublime, elevating themselves to a new and almost infinitely more rich and complex existence.

Amid preparations though, the Regimental High Command is destroyed. Lieutenant Commander (reserve) Vyr Cossont appears to have been involved, and she is now wanted - dead, not alive. Aided only by an ancient, reconditioned android and a suspicious Culture avatar, Cossont must complete her last mission given to her by the High Command. She must find the oldest person in the Culture, a man over 9,000 years old, who might have some idea what really happened all that time ago. It seems that the final days of the Gzilt civilization are likely to prove its most perilous.

"Nobody does it better." ( Sunday Times)
"The standard by which the rest of SF is judged." ( Guardian)
"Essential for SF fans." ( Library Journal)

I've read most of Banks's work by now, and this is a little underwhelming. After the depth and breadth of Surface Detail, this leaves me feeling a little cold. Banks as always paints sweeping vistas of alien awesomeness and really digs in with amazing concepts and high tech culture. But one doesn't ever really like his characters, only the Minds seem to have any depth to them.

It won't be the last Banks i read, he does keep me hooked enough to continue. But I hope they get better rather than worse from here.

To Sublime or Not to Sublime—

Where does The Hydrogen Sonata rank among all the audiobooks you’ve listened to so far?

What other book might you compare The Hydrogen Sonata to and why?

Have you listened to any of Peter Kenny’s other performances before? How does this one compare?

Another amazing installment in the culture series. I didn't like them all, but I liked this one. I really couldn't put it down towards the end.

Another great story from a Scifi master

What did you love best about The Hydrogen Sonata?

With the Culture novels I always particularly enjoy the Ships and they are central to this story too.

The interaction between the humans and Ships

The one in which the full name of one of the Ships is revealed - perfectly done with maximum impact and enjoyment :)

I would say that I was most effected by my favourite scene but at many points I found myself pondering the implications of the events and their impact on protagonists and myself in their place alike.