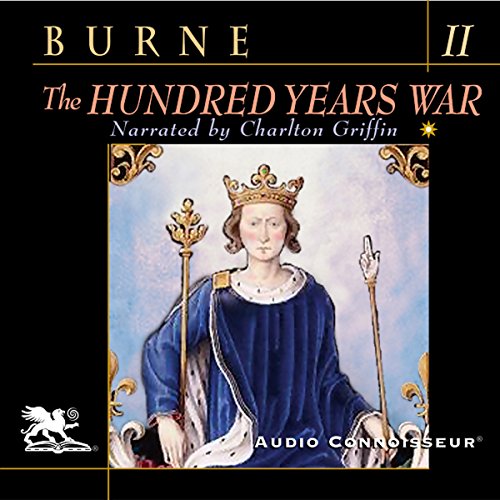 After a long period of uneventful sieges and skirmishing, lasting from the death of Edward III in 1377 until the accession of Henry V in 1413, The Hundred Years War is suddenly and dramatically fanned into full fledged war in a third and final phase. Henry V is determined to end the conflict once and for all on the field of battle. After assembling an army, he crosses to Calais in 1415 and marches toward Paris. The French come out to intercept him, and the two armies blunder into one another at Agincourt. Outnumbered four to one, Henry deals the French a staggering defeat and enters Paris to be acclaimed king of England and France, apparently putting the issue to rest. Henry continues to harry the French territories, which will not acknowledge his claim to rule, but is struck dead by illness in 1422 while in the full tide of victory.

With the death of Henry V, England's cause is doomed. Though brilliantly led by a series of capable English commanders, there will never again be a military commander who wears a crown like Edward III and Henry V. The French rally around the miraculous leadership of Joan of Arc in 1429 and repulse the English siege at Orleans, thus setting in motion a 24-year series of events leading to the final English defeat at Castillon in 1453. By that date, the French king, Charles VII, is able to sit on his throne with confidence.

I'm working under the assumption that if you went through part 1 of this, you already know what to expect, but just in case... this is a military history, not a biographical or political history. That means it's deals with logistical info and battle data such as troops, routes, supplies, equipment, and other such things. Political background is limited, so for those looking for an overview, this is not the place to begin. But for the advanced scholar of this era, this is more suited for war gaming simulations and such.

Where volume 1 of this deals with Edward III's campaigns and has English bias due to a lack of French information from the period, this volume has considerably more to work with on both sides of the fight. There era between Edward III and Henry V is largely glossed over, mostly due to lags between skirmishes, but from the road to Agincourt to the end of the war, it's all here in magnificent detail.

Monotony seem to be a pitfall of most military histories, that's I can handle, since the detail of military action of the time can be of interests to some, however, what I've found particularly troubling about this book is that the author seemed to feel compelled to defend English whenever he could, as if the English were somehow, morally superior, that element tainted the objectivity of this two volume book throughout.

A good book on the subject, despite the enthusiasm of the author for the people involved.
2 small negatives:
_some bad edits (pauses)
_the reader's pronunciation of French terms