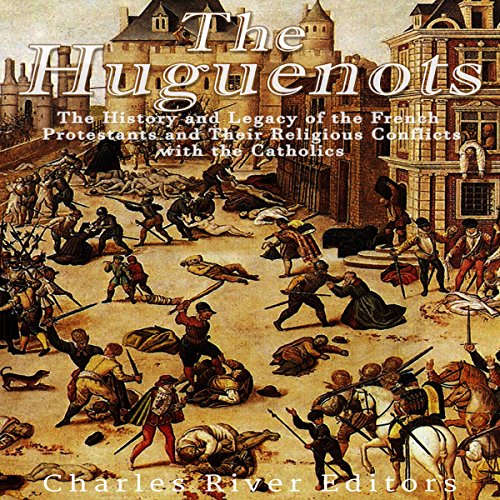 In the 16th century, corruption, debauchery, and the general perversion of ethics were running rampant within the Roman Catholic Church. The public began to grow leery of the crooked church, and soon, they could no longer bite their tongues. Among the church's most vocal opponents was Martin Luther, whose publication of the 95 Theses gave rise to the Protestant movement. This reformed brand of Christianity gradually spread throughout Europe, planting flags across the continent. France was among the first to latch onto the movement, and these new-wave Protestants became known as the "Huguenots". The exact origins of the Huguenot name is still disputed to this day, but most historians have agreed it is a French and German translation of the Swiss-German term, eidgenossen, meaning "oath-fellowship". The Huguenots mostly resided in the southern regions of France, along with the northern regions of Normandy and Picardy. They shared quite a few similarities with the Protestant Walloons, who lived in what is now Belgium, but the two groups were unique communities. Even so, both groups frequently convened to worship together as refugees.

The Huguenots, whose belief system incorporated a blend of unorthodox Waldensian and Calvinist teachings, continued to bloom, which did not sit well with the authorities. Critics attributed the rise of Protestant-led riots to the no-good Huguenots. The Huguenots were known iconoclasts who rejected statues, paintings, idols, and other religious images, as often seen in the numerous statues and stained glass artwork in Catholic churches. Across Europe, rebellious Protestants seized Catholic churches and swiped all heretical images, destroying them with axes and hurling them into roaring bonfires. The string of ambushes included the 1562 Looting of the Churches in Lyon, which were followed by similar attacks in Zurich, Copenhagen, Geneva, and many more.

Even in the face of persecution, the Huguenot influence gained momentum in France. A year before the looting, 2,500 Protestant congregations had already been established across the nation. The Huguenots held their services behind the curtains of secrecy, most commonly in the dead of the night. Some historians believe this clandestine operation could be related to the origin of their name. Le roi Huguet, meaning "King Huguet", referred to purgatory spirits who haunted the living at night. Their perseverance eventually caught the eye of a pallid-faced Venetian ambassador, who purportedly warned his Catholic superiors that "3/4 of France was contaminated with the heretical doctrine".

The Huguenots' burgeoning power and alleged attempts to infiltrate the world of politics soon alarmed the French authorities. They suspected that these Huguenots were low-profile republicans, involved in a terrible conspiracy to conjure up an uprising to overthrow the monarchy and re-brand France as a federal state. The royal government of France would attempt to tread lightly in the beginning, keeping their hands clean on neutral grounds, but a nightmare was about to unfold.

In the 1560s, French authorities called for the violent and bloody persecution of all Huguenots. This hostile period of 36 years, fraught with conflict, upheaval, and civil vendettas between the Huguenots and Catholics, is now known as the French Wars of Religion, or simply, the Huguenot Wars. A short stretch of peace would later emerge as the wars began to wind down, but bloodshed was once again resurrected by rebellions brought forth by the persecuted.

Ok for the money.

The "book" read more like a college level research paper or a Wikipedia article: very short and just the facts.

terrible narrator. sad b cause the story is important but it is almost unbearable. Shame

Buy the print edition don't waste your time listening to audio book. Narration is rushed and names are miss-pronounced.