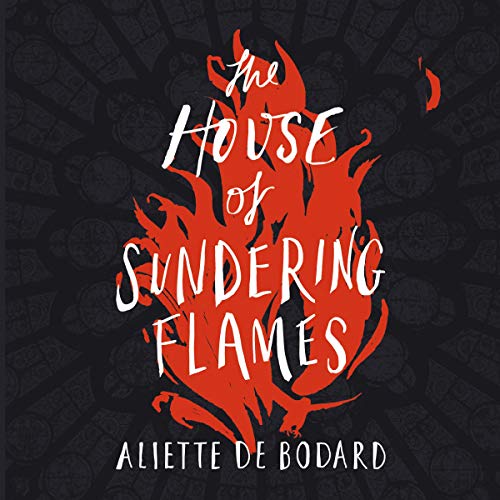 The House of Sundering Flames

The multi-award-winning author of The House of Shattered Wings continues her Dominion of the Fallen saga as Paris endures the aftermath of a devastating arcane war....

Aliette de Bodard is 'one of the most influential voices in fantasy today', according to Starburst. A Franco-Vietnamese writer living in Paris, she's the mother of two, qualified as an officer in the French military, is a very talented cook, understands everything it's possible to understand about applied maths and, in her day job, literally keeps the trains running for the Paris Metro.

That's in addition to being an award-winning writer who has won:

And she's been a finalist for: the Hugo Awards, the Sturgeon Awards and the Tiptree Awards.

In addition to the considerable strength of her storytelling and world, Aliette is a high-profile author, a regular guest of honour at events and conventions, and recommended by booksellers in the same breath as Zen Cho, Naomi Novik, Cixin Liu and V. E. Schwab.

Perfect closure of the trilogy

It's disturbing and terrifying and amusing and lovely anf thoughtful.

And of course read perfectly.