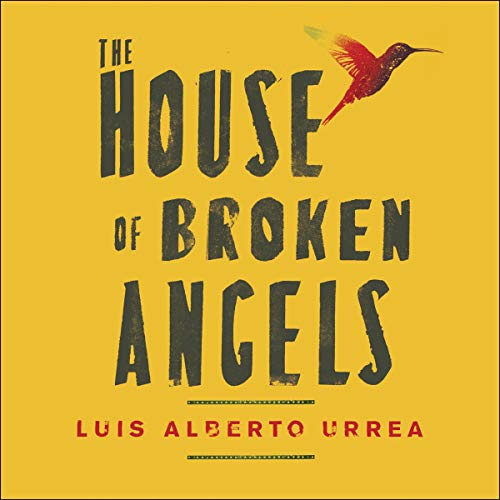 The House of Broken Angels

The House of Broken Angels

'All we do, mija, is love. Love is the answer. Nothing stops it. Not borders. Not death.'

In his final days, beloved and ailing patriarch Miguel Angel de La Cruz, affectionately called Big Angel, has summoned his entire clan for one last legendary birthday party. But as the party approaches, his mother, nearly 100, dies, transforming the weekend into a farewell doubleheader. Among the guests is Big Angel's half brother, known as Little Angel, who must reckon with the truth that although he shares a father with his siblings, he has not, as a half gringo, shared a life.

Across two bittersweet days in their San Diego neighbourhood, the revellers mingle among the palm trees and cacti, celebrating the lives of Big Angel and his mother, and recounting the many inspiring tales that have passed into family lore, the acts both ordinary and heroic that brought these citizens to a fraught and sublime country and allowed them to flourish in the land they have come to call home.

Timely, exuberant and moving, The House of Broken Angels, which was short-listed for the National Book Critics Circle Award, is Luis Alberto Urrea's long-overdue UK debut.