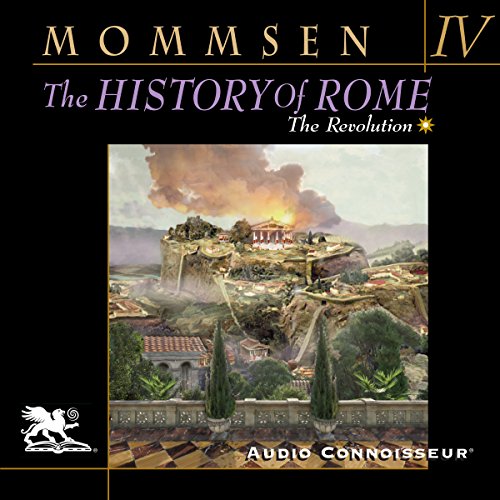 The History of Rome, Book 4

Book four of Mommsen's history covers the period from the middle of the second century BC through the first few decades of the first century BC, about 80 years. It is a sad and woeful tale.

By the middle of the second century BC, the city of Rome was spiraling toward bankruptcy and moral decay. The generation which had defeated Hannibal and brought the Mediterranean under Roman control had now passed away, even as gold poured in. Hardly a Roman name of any note appears for half a century. The noble Roman has disappeared. The once feared Roman army has become a mere shadow of its former self, and the public have come to accustom themselves to news of shattering defeats against Spanish and Celtic armies, and of battles in which Romans have thrown down their arms and fled. Not a single trireme was left of the once invincible Roman navy. Meanwhile, the capitalists brought tens of thousands of slaves into Italy, buying up farmland with cheap loans, and driving the yeoman farmer backbone of the old Roman army off the land. This was the situation into which the brothers Tiberius and Gaius Gracchus emerged. Both paid for their attempts at reform with their lives. An oligarchy then ruled with ruthless determination, until the rise of Gaius Marius ushered in an era of unspeakable violence and outright revolution. With Rome's overseas possessions falling away and her Italian allies in open revolt, it would seem that Rome must fall. But the man of the hour proved to be Lucius Cornelius Sulla, and only by his courage and ability was the situation saved. As Sulla entered Rome in 83 BC, the 500-year-old Temple of Jupiter Optimus Maximus on the Capitoline Hill burned to the ground; an ominous portent.

Although Mommsen used the A.U.C. system of Roman years, which begins as the Roman year 1 (754 BC), we have transposed these dates to those of the Christian era. All dates are BC except where otherwise indicated.

We do not recommend Mommsen for those without a firm grasp of Roman Republican history. The work of Cyril Robinson would be a great place to start for the neophyte historian. Translated from the original German by W. P. Dickson.