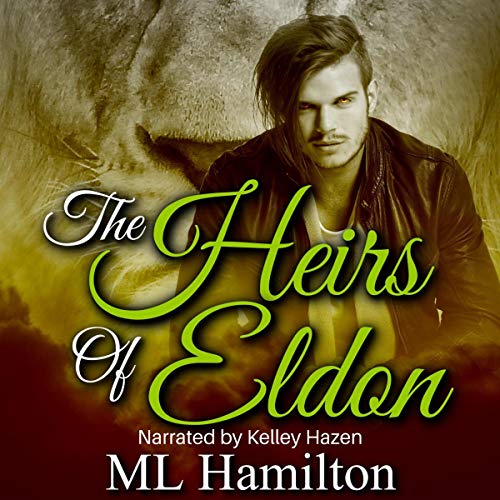 The Heirs of Eldon

Tav and Tash might have been born twins, but they both want something different from life. Tav would love to study with the great scholars in Voltarian, while Tash wants to follow in his father’s footsteps, becoming a hero. Neither is prepared for what fate has in store for them.

With Loden once more facing war, an upstart king decides he has the answer. Unite the seven protectorates under one flag. Can he accomplish his dream? Can the sons of Kiameron keep him alive long enough to find out?

Continue the adventure with the second installment in the World of Samar series.

An Exciting Fantasy World and More!

As twins, Tav and Tash, are about as opposite as possible. Tav is the more scholarly type while Tash is the fighter seeking to be hero. As with all things in life nothing is ever what we hope, and it was no different for the twins. Faced with protecting a new king, living up to their parentage and facing pure evil, and the likelihood of a war, the twins overcome a lot with an ending that will surprise the listener!

The author, M.L. Hamilton, does an excellent job of creating the World of Samar and continuing it through accurately in this second book in the series. Hamilton provides rich descriptions and dialog that is realistic and smooth. The storyline flows evenly. She develops the characters in such a way that the listener cannot help but grow attached. It is an experience to vividly “see” the story through words alone. Hamilton does this well.

I thought Hamilton did an excellent job of consistency with the series moving from book 1 to book 2 as all flowed smoothly and with a high level of accuracy – there were no errors or plot holes. She took her time to develop the characters and plot. The twists were well done and executed perfectly.

Kelley Hazen, the narrator, performs the book with ease and passion. Hazen is a rare talent that assumes each character easily and projects the passion and emotions accurately moving the story along with just the right amount of tone inflection. Listening to Hazen is energizing and exciting – her energy is apparent but not over the top. Her voice is lilting in the right places and forceful when needed. Hazen is one of those rare narrators that I enjoy listening to and find comforting regardless of the genre; in other words, she could be reading a manual and I would still listen to her.

This is an epic novel; it is 31 hours in length, but it is so worth it! Between the flawless writing of the author and the performance of the narrator, the story comes to an end too soon. It is definitely a book and a series that is hard to put down once you start.

I thoroughly enjoyed this book and series, I cannot wait for the next one.

I was voluntarily provided this free review copy audiobook by the narrator and it is well worth the investment of 30 hours to listen to this tale very enjoyable tale. The tale picks up 25 years after the battle with Gava and rotates around the sons of the Kaimeron and their struggle to find a place in their world as they follow a young king trying to save it. A combination of old and new characters in this book, brings it a fresh appeal as it wraps in the story. This series has something for everyone, suspense, drama, mystery, humour and a touch of romance. This combination of author and narrator creates pure enjoyment. The author has a special talent to create characters and stories that feel real and the narrator brings every story to life. Looking forward to book 3.

Even better than book one...:)

I liked book one in the series a lot. It had a complex plot, an intriguing world building and fascinating characters to follow... I thought it would be hard to write a sequel at least as good - boy, was I wrong :) Ms Hamilton did it again - she had me hooked right from the start and made me listen way past the sensible hours (you know, it's not totally wise to go to sleep at 3 a.m. when it's the work day next morning:)).

We jump forward in time - it's not about Kai any more. It's time for the next generation to set off on a journey of self-discovery... Because that's what this tale is generally all about - all the characters we meet, while going through their ups and downs, while experiencing misery, loss and heartaches or joy, happiness and love grow up and discover who they really are and what they are capable of when need arises. The fantasy-world setting, the world-saving quest are just the background, just the stage for this fantastic tale of finding strenght in weakness, building firm bonds through hardships, gaining maturity and wisdom through experience... And I like the fact that it's both male and female characters who have a chance to shine in the tale :)
But that said, it's still a wonderful fantasy adventure, with quests, magic, all the bits and pieces we want in such a tale, all masterfully woven into a fast paced story full of wonderfully written characters and so many twists you sometimes feel overwhelmed...:)

Narration by Ms Hazen makes the story even better. Her interpretation of individual characters is wonderful - they are living breathing people:) As always, Ms Hazen diversifies the voices in a way that makes me wonder if it's really possible for one person to do it :) And as always, the emotional side of the story rings so true that I shed a tear or two here and there... It's a great interpretation of the book...:)

DISCLAIMER: I was given this free review copy audiobook at my request and have voluntarily left this review.

This second installment in the World of Samar series had me hooked. While there’s an overarching plot to the series, this book can definitely stand on its own. The story of twin brothers looking to make their ways in the world and how fate comes into play.

M.L. Hamilton did an incredible job with the world building and character development. She has a knack for presenting her stories in such a way that they feel so real. I can’t wait to see what she gives us in the next tale in this epic adventure.

Kelley Hazen really knows how to get into character. She brings out all the emotions of the characters and her timing is impeccable. When I listen to one of her narrations, it’s like watching the story unfold in my head... I forget that I’m listening to an audiobook.