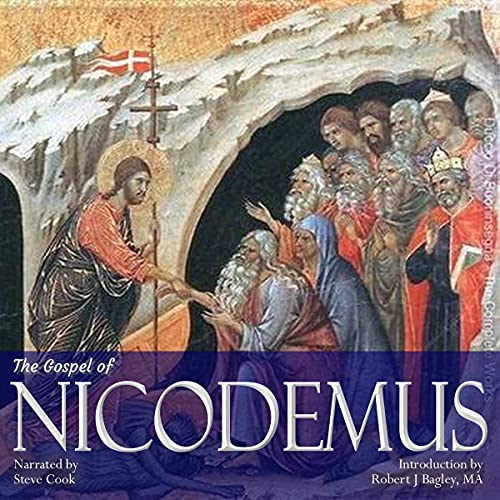 The Gospel of Nicodemus

The Gospel of Nicodemus also known as the “Acts of Pilate” is an apocryphal piece giving a detailed account of the trial, death, and resurrection of Christ.

This work is broken up in several sections: the Trail of Jesus Christ of Nazareth, the Crucifixion of Christ, the Resurrection, and the Descensus ad Infermos – Christ’s decent into Hell.

“The first part, the ‘Acts’ proper,” so says The Oxford Dictionary of the Christian Church, “is generally held to be not earlier than the fourth century, though references to the existence of “Acts of Pilate” in earlier writers, notable in Justin Martyr, have led some scholars to contend that the book is based on a 2nd Century original.”

The second part purports to have been written by the two sons of the aged Simeon, Carinus and Leucius. It describes with much detail the effect of Christ’s presence among the imprisoned souls in Hades (1 Peter 3:19).

The two documents were probably not united before the fifth century. The work forms the basis of the medieval play-cycle on the Harrowing of Hell and the legends of St Joseph of Arimathaea and the Holy Grail.