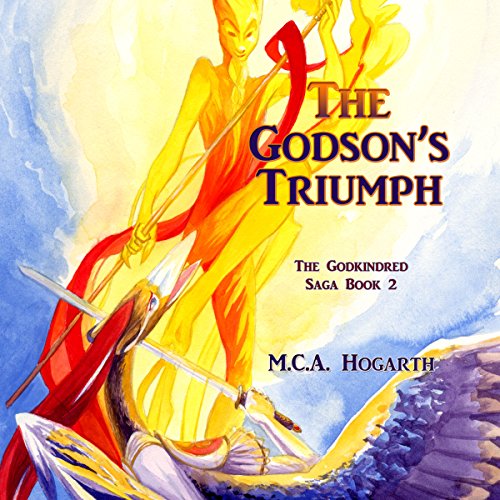 Mistress Commander Angharad Godkin hates politics, so of course, her ruler the Godson sent her to replace the Governor of barely tamed Shraeven province. She hates religion, so naturally, the native gods began to plague her the moment she arrived. And since she hates both, the gods started playing politics - and the politicians began playing at godhood. In Flight of the Godkin Griffin, Angharad, a creaky old veteran of the Godkindred Kingdom's many wars of conquest, was dragged out of retirement only to discover her newest assignment-to rule a province in peace - might finally be the death of her.

She wasn't anticipating drawing the attention of her own monarch. And she certainly wasn't expecting to face off against him in a battle that will decide not just her own fate, and not just the fate of Shraeven Province... but of the world itself.

The Godson's Triumph returns us to the world of Angharad Godkin and her comrades and concludes their epic journey. But who will be left standing when the fires burn out?