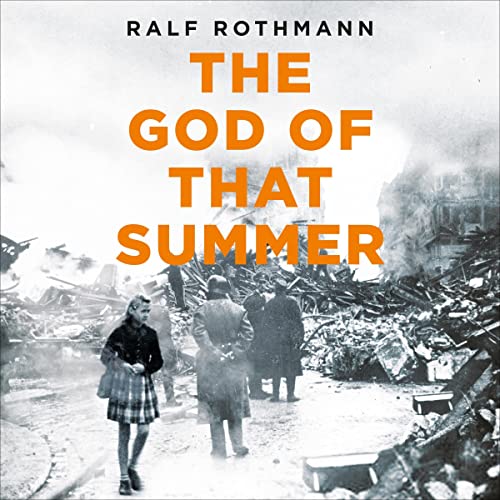 The God of That Summer

As the Second World War enters its final stages, millions in Germany are forced from their homes by bombing, compelled to seek shelter in the countryside where there are barely the resources to feed them.

Twelve-year-old Luisa, her mother and her older sister, Billie, have escaped the devastation of the city for the relative safety of a dairy farm. But even here the power struggles of the war play out: the family depend on the goodwill of Luisa’s brother-in-law, an SS officer, who in expectation of payment turns his attention away from his wife and towards Billie. Luisa immerses herself in books, but even she notices the Allied bombers flying east above them, the gauntness of the prisoners at the camp nearby, the disappearance of fresh-faced boys from the milk shed - hastily shipped off to a war that’s already lost.

Living on the farm teaches Luisa about life and death, but it’s man’s capacity for violence that provides the ultimate lesson, that robs her of her innocent ignorance. When, at a birthday celebration, her worst fears are realized, Luisa collapses under the weight of the inexplicable.

Ralf Rothmann’s previous novel, To Die in Spring, described the horror of war and the damage done on the battlefield. The God of That Summer tells the devastating story of civilians caught up in the chaos of defeat, of events that might lead a 12-year-old child to justifiably say: ‘I have experienced everything.’