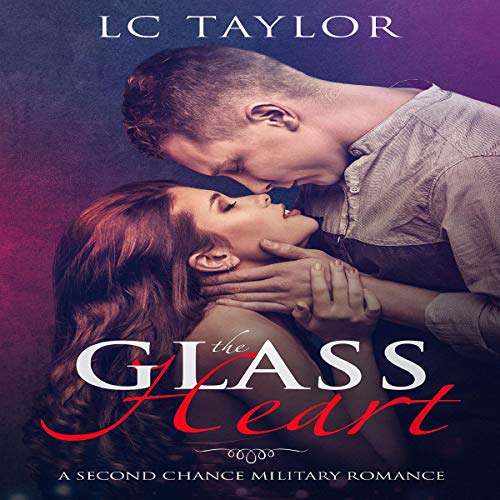 Jesse's heart becomes an empty glass left cracked and broken when her husband, Alex, is killed in action. With the help of his brother, AJ, and his parents, Jesse is able to fight the sadness. AJ has always loved her - best friends since high school. But she married his brother. Now, he has the chance to be there for her - and love her.

But when Alex is found alive a year later, Jesse finds herself caught between the love of two brothers - AJ and Alex. She thought Alex's death would be the hardest thing she'd ever go through. But choosing between the two men she loves may just break her.

Jesse will have to make a choice - either the man who has her heart now or the one she gave it to first. Will she go back to Alex and risk crushing the man who taught her to love again? Whom will you root for in this love story? Whom will Jesse choose? Find out in The Glass Heart.

This is a standalone novel.

The story is touching and the characters are likable. The narrator, well she needs some more practice. I've listened to a couple hundred audiobooks and this is the first time I have heard the narrator attempt to reread a sentence over and over and left it in the recording. The book was engaging enough but the audio recording was subpar. This book deserves a better narrator. I hate to be harsh, I rarely say anything, but the mispronounced words, awkwardness and the non-existing editing was very hard to ignore. Maybe read this one.

Jesse and AJ's story is beautiful, emotional, and heartwarming. They are both great characters. I like the family spirit in this story. Lacey Gilleran did a good job with the narration. I was given a free review copy of the audiobook at my request and have voluntarily left this review.

The storyline is really interesting. I was a little worried about how Alex would come back to the living.
The issue I had was with the narration, it felt rushed. I wanted to get into the story and feel the characters emotions but I couldn't at most times. Overall the story was good!

This was a wonderful story. Loved the characters in it and the story line. Narrator did a great job also.

this was a great story and I loved every minute of it the story a joy to read it sad and happy I enjoyed it.

The Glass Heart was an emotional story of love, loss and second chances. I loved the characters and the captivating storyline. I would highly recommend this book to anyone who loves military or second chance romances. Lacey Gilleran did a great job bringing this story to life. I received this audiobook at my request and have voluntarily left this unbiased review.

The Glass Heart is definitely worth taking your time to check it out. I enjoyed it.

LC Taylor wove a beautiful tale of love, loss, and moving on with this title. AJ and Jesse has my heart from the get go and I felt so deeply for Jesse as she had to navigate the emotional minefield place in front of her. Lacey’s narration was beautiful and added another layer onto an already deep and engaging story.


I received a review copy of this title at my request and am voluntarily leaving this honest review.