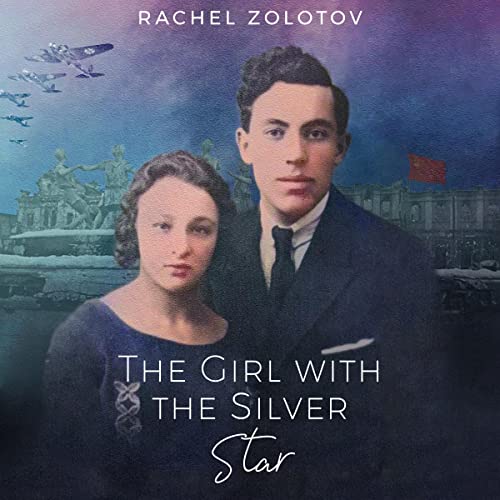 The Girl with the Silver Star: A Novel

For the readers of The Nightingale and Lilac Girls, inspired by the true story of the author’s great-grandmother’s journey during World War II, The Girl with the Silver Star is the extraordinary story of a mother’s love and will to survive during one of history’s darkest time periods.

As a hailstorm of bombs begins to shatter the city of Minsk in Belarus, Raisa and her family run through the darkness of night to take cover. When Raisa, Abraham, and their daughters, Luba and Sofia, emerge from the bomb shelter, they find an unfamiliar city before them; chaos and terror burn in every direction. Fearing for their lives, they must leave at once to find the rest of their family. But before they are able to escape, Abraham is conscripted into the Russian Army and the family is forced to part ways. Raisa’s love and strength are put to the ultimate test as she finds herself on her own with her two young daughters in tow. How will she manage alone without her soulmate by her side?

Relying on hope, resourcefulness and courage, they walk, hitch hike and take trains heading for Uzbekistan, over 2,500 miles from home. Along the way they run from bombs, endure starvation, and face death.

Raisa finds solace in the women around her. Her mother, sisters, old friends and new help carry her through the difficult war years, but Raisa’s longing to reunite with Abraham still rages inside her heart. Will they ever see each other again? Will Raisa and her family find their way back to their homeland?

The Girl with the Silver Star is a captivating journey through war-torn Soviet Union as it illuminates a unique part of WWII history, the female heroes. Raisa’s journey is a tribute to the nameless women, their determination, bravery, grief, and unwavering love during impossible times. Their stories shouldn’t be forgotten.