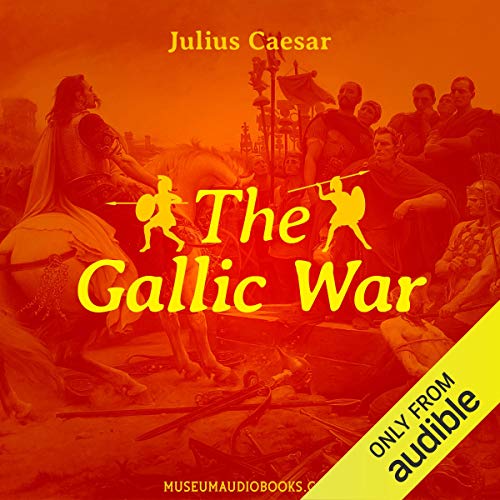 The Gallic War is Julius Caesar's autobiographical diary of the wars in what is now France, Belgium, and parts of Britain, Germany, and Switzerland, in which he describes the battles that took place from 58 to 51 BCE when he fought the Germanic and Celtic peoples that opposed Roman conquest. Modern-day Provence and Languedoc-Roussillon were already under Roman control, so Caesar’s Gaul referred to the regions that the Romans had not yet conquered. The book comprises seven parts and chronicles the wars against the Helvetii, Belgae, Britons, Eburones, Suebi, Veneti, among others. At the end, Gaul was a Roman Province with the Rhine as eastern frontier.

The work contains descriptions of the tribes and geography of the region, although Caesar made some errors in his geographic descriptions. Caesar wrote The Gallic War as a third-person narrative and the Latin work has served as an ideal textbook for generations of students of the language.

Where did you find this narrator?

The narrator has clearly never seen any of the tribe names in this book. Particularly egregious is the way she butchers the name "Vercingetorix" . It's phonetic. A little research would go a long way.