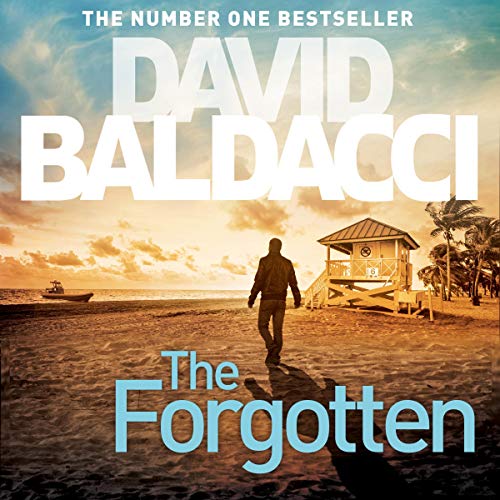 Murder in paradise: Military criminal investigator John Puller is drawn closer to home when his aunt is found dead in her house in Paradise, Florida. The local police have ruled the death as an accident, but Puller finds evidence to suggest that she may well have been murdered. On the surface the town lives up to its name, but as Puller digs deeper he realises that this town and its inhabitants are more akin to Hell than Paradise. His belief is confirmed as evidence of strange and inexplicable events come to light. And when Puller learns the truth about what is happening in this once sleepy town, he knows that his discoveries will impact far wider than Paradise.

Agent John Puller is still recovering from his last nightmare when he receives news from his father that his Aunt may need some help. Upon arriving in Florida he discovers that his Aunt is dead. Was it accidental or was it murder?

The answer to that question leads John on a path that will bring him in conflict with a local crime ring that is dealing in human trafficking, the new major smuggling operation to hit America. As if drugs and illegal immigrants wasn't bad enough we now add to that the importing of slaves through illegal activity. John's aunt may have stumbled on a major crime syndicate.

Add to that a couple of mystery characters and the addition of a one star General and you have a plot line that will hold your attention as well as take you into the world of slave trade.

Is the book a political statement or a military police investigation novel? Yes on both accounts. Will John solve the problem on his own or with the help of a small town police force? Will the local police be helpful or will they look inept?

I think Baldacci does a good job of bringing to light a major crime issue while giving us a good novel that will hold our attention. Baldacci fans will enjoy this work. New listeners will also enjoy it and will be drawn into wanting to go back to listen to the previous novels.

Ron McLarty and Orlagh Cassidy were outstanding with the delivery of the story.

I just couldn't put down this book! It's 5AM here!

I love Baldacci, Sandford and Lee Child. If you are into those authors as well you won't be disappointed. Also duo Oralgh Cassidy and Ron McLarty works great building atmosphere and tension. I hope they will read together more and more books. The only part of the book lacking a little bit is the ending, but still I recommend this book.

My second Baldacci book and I'm going to find many more, the characters, story line and pace were good and I simply couldn't make this book last by only listening in the car...

The book is terribly sexist

The book is terribly sexist.

I did not expect something like this from such a famous author.

Overall - as good as all his other books

As always really enjoy his books. Can't wait to start the next one. Brilliant narration too.

Keeps me on the hook

I like the voice of both narrators and i think the story is exiting. It keeps me engaged for a couple of hours at the time.

This is a good book. I did not find it as good as the previous ones but still entertaining.

David Baldacci in his worst moment until now

What would have made The Forgotten: John Puller, Book 2 better?

I simple wouldn't write it. It seems in some moments that Baldacci is outsourcing his writing.

Would you ever listen to anything by David Baldacci again?

I suppose so. I like his books, but this one was awful.

What about Ron McLarty and Orlagh Cassidy ’s performance did you like?

They are very good narrators and saved the book.

I hope Baldacci returns to being himself. The characters of this books are so shallow I don't have any empathy with them.

What did you love best about The Forgotten?

The story was fast paced and I particularly liked the readers, Ron McLarty and Orlagh Cassidy. I also enjoyed the sound effects , haven't experienced this before in an audible book.

What was one of the most memorable moments of The Forgotten?

The ending was very exciting.

The shoot out on the ocean rig platform

I liked the idea of two readers, doing the male and female parts. I also loved the music and sound effects throughout the book. Made it very realistic. I was very impressed with this production.

Not in the same league as the first one. Also filled with stupid mistakes--eg Bulgaria being part of the Soviet Union.