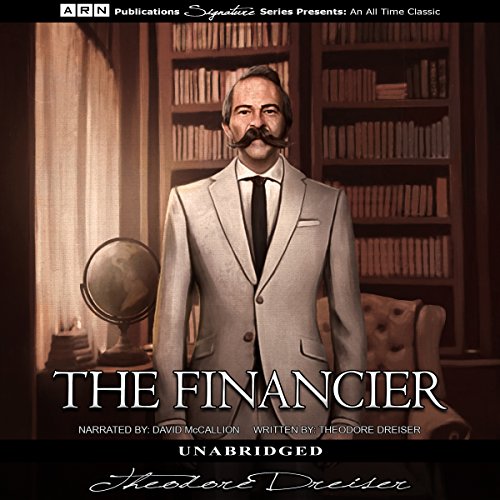 The Financier is the first volume of the Trilogy of Desire, which details the early life of Frank Cowperwood, the son of a low-level banker, who realizes his skill at finances and business.

Set in 18th century Philadelphia, the book follows Frank as he amasses a large fortune through stock speculation and purchases of shares in the growing street railway industry. He marries an older woman and has two children and uses his new found wealth to become socially prominent. Things however take a turn for the worst when he has an affair with Aileen Butler, the daughter of a politically prominent Irish industrialist.

It is also discovered that Frank engaged in some legally questionable acts during the period after the great Chicago fire and is abandoned by his political allies. He is further put on trial for larceny and is convicted and serves 13 months in prison before being pardoned. From this low point, he sets about to recoup his lost wealth. Will he be fortunate once more? Or will his fate take him on a different course?