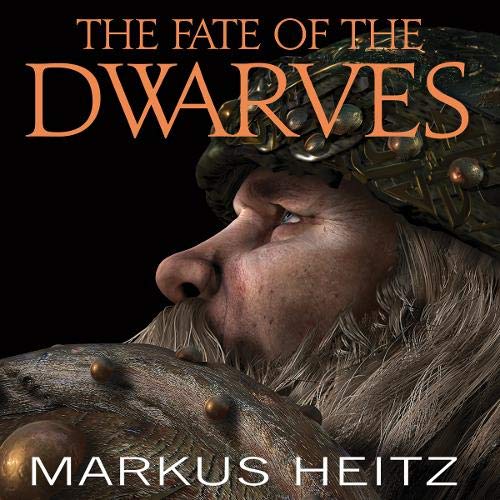 The Fate of the Dwarves

For the last time, the dwarves are going to war - and the outcome will decide the fate of their race. There has been no word from the brave warrior Tungdil since the vicious battle at the Black Abyss. Dragons, magicians, and the malevolent älfar have advanced far into the kingdom of Girdlegard, ruthlessly seizing vast areas of land. The dwarves seem to be facing their next battle with little hope of survival.

But then the inexplicable happens. A dwarf dressed in black armour returns from the abyss with a formidable army in tow. He calls himself Tungdil, and for his most loyal friend Ireheart and his allies, this means a new hope. But soon doubts begin to arise.... Could this really be Tungdil, or is this warrior following his own dark agenda? It is a question of the future of Girdlegard - and the future of all the dwarves.

horrible ending of a wonderful series

I can't believe that after this long journey, the author butchers the last book. We have followed the main characters for so long, just for the author to get lazy. So many amazing things in the book are not used properly, if at all, and the book leaves a heap of explanations to be missed, to which the author lazily excused himself with the comment "I dont like the traditional endings" bull. It's more like you either ONLY wrote this last book for the money, or that you simply do not have the skill in you anymore, what an absolute shame.

a very good read, i lovede it from forst til last syllable.. ud you like dwarves and fantasy, you'll love this

awesome again but different to the forme books

very good writing and nice story which was different than expected :D
unfortunately, i can’t find the last book on audible.de .... only uk or us. :( I hope this will change soon