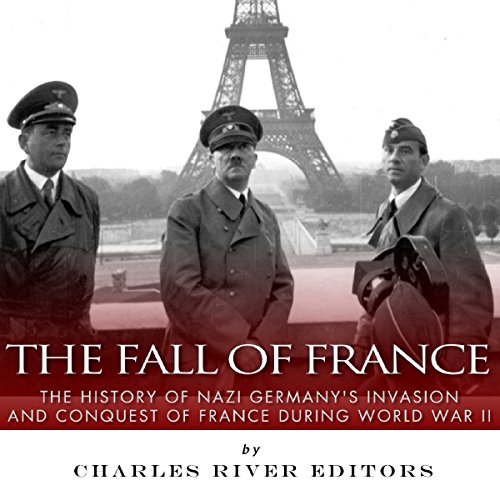 The Fall of France: The History of Nazi Germany's Invasion and Conquest of France During World War II

"My Luftwaffe is invincible.... And so now we turn to England. How long will this one last - two, three weeks?" (Hermann Goering, June 1940)

One of the most famous people in the world came to tour the city of Paris for the first time on June 28, 1940. Over the next three hours, he rode through the city's streets, stopping to tour L'Opéra Paris. He rode down the Champs-Elysées toward the Trocadero and the Eiffel Tower, where he had his picture taken. After passing through the Arc de Triomphe, he toured the Pantheon and old medieval churches, though he did not manage to see the Louvre or the Palace of Justice. Heading back to the airport, he told his staff, "It was the dream of my life to be permitted to see Paris. I cannot say how happy I am to have that dream fulfilled today." Four years after his tour, Adolf Hitler would order the city's garrison commander, General Dietrich von Choltitz, to destroy Paris, warning his subordinate that the city "must not fall into the enemy's hand except lying in complete debris."

Of course Paris was not destroyed before the Allies liberated it, but it would take more than four years for them to wrest control of France from Nazi Germany after they took the country by storm in about a month in 1940. That said, it's widely overlooked today given how history played out that as the power of Nazi Germany grew alarmingly during the 1930s, the French sought means to defend their territory against the rising menace of the Thousand-Year Reich.

A great overview of the Battle for France, with several more in depth portions regarding the Maginot Line, the Battle of Arrass, etc. Narration could have gone without the sort of cheesy fake accents, especially when the French ones sounded German.