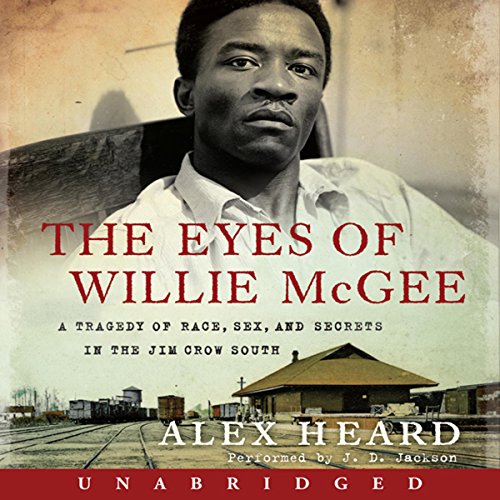 The Eyes of Willie McGee

A gripping saga of race and retribution in the Deep South and a story whose haunting details echo the themes of To Kill a Mockingbird.

In 1945, Willie McGee, a young African-American man from Laurel, Mississippi, was sentenced to death for allegedly raping Willette Hawkins, a white housewife. At first, McGee's case was barely noticed, covered only in hostile Mississippi newspapers and far-left publications such as the Daily Worker. Then Bella Abzug, a young New York labor lawyer, was hired by the Civil Rights Congress—an aggressive civil-rights organization with ties to the Communist Party of the United States—to oversee McGee's defense. Together with William Patterson, the son of a slave and a devout believer in the need for revolutionary change, Abzug and a group of white Mississippi lawyers risked their lives to plead McGee's case. After years of court battles, McGee's supporters flooded President Harry S. Truman and the U.S. Supreme Court with clemency pleas, and famous Americans spoke out on McGee's behalf.

By the time the case ended in 1951 with McGee's public execution in Mississippi's infamous traveling electric chair, "Free Willie McGee" had become a rallying cry among civil-rights activists, progressives, leftists, and Communist Party members. Their movement had succeeded in convincing millions of people worldwide that McGee had been framed and that the real story involved a consensual love affair between him and Mrs. Hawkins—one that she had instigated and controlled. As Heard discovered, this controversial theory is a doorway to a tangle of secrets that spawned a legacy of confusion, misinformation, and pain that still resonates today.

"The case of Willie McGee is an enduring mystery, but there’s no doubt he was the victim of a primitive and unfair judicial system. Alex Heard’s excellent account of his life and death is tragic, sad, and very compelling." (John Grisham)
“In this riveting personal journey, Alex Heard explores the political and social forces at play and then reveals the fascinating human drama underneath it all. It’s like a real-life To Kill a Mockingbird, but with even more subtlety and complexity.” (Walter Isaacson, author of Einstein)

How Far Have We Come

Having grown up in the south during the 1950s and 1960s, I must admit that I had not heard this story. We are still needlessly killing African-American men, but now by the gun in the hands of policemen.
We may never know the complete truth but, Alex Heard's outstanding research gives us insight into a very dark, brutal, and lawless time. If you are the father of a African-American son, or daughter for that matter, it's your duty to make them aware of the hidden history of this "great" nation.

Haunting; I had never heard of Willie McGee now I have. Over come with sadness and in the past several years it has felt like we are going backwards from where we should have come so far. Saddening as the story is black people are still being murdered even if they committed no crime. The legal system is still broken and attempts at genocide are still on going into today’s USA. Even more saddening and shameful in 2020

Loved the story and history. Sad but true unbiased account of southern justice. This audio had me looking up the other cases mentioned and finding other books related. 5 stars all the way!