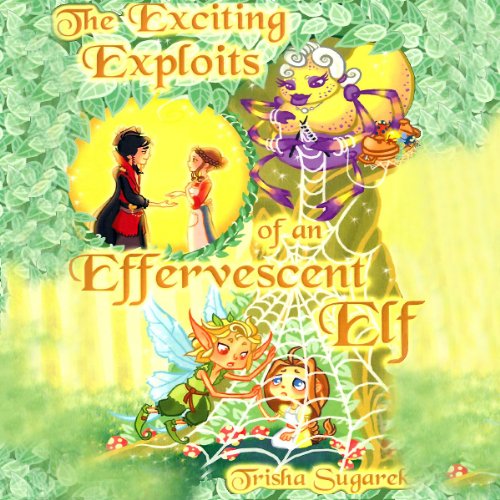 The Exciting Exploits of an Effervescent Elf

Patsy, the greedy spider, is holding Emma captive in her web. While everyone in the forest has searched in vain for Emma, only the irrepressible elf, Cheets, can see her. Given his reputation, no one believes Cheets when he claims to have found her. Cheets cannot hear what Emma is trying to tell him and she must use Charades to relay vital news concerning the enchanted forest. Hazard, the Lord of the Underworld is selling the forest to developers.

This fable contains lessons about greed, ecology, friendship, enduring love and justice. Most of the characters from Stanley the Stalwart Dragon return to this new fable. New characters include: Thomas, the sea turtle, pedantic but loveable. Laughter erupts when listeners realizes that he speaks only in nautical lingo. Patsy, the spider is adorable in spite of her greed. Rose, Emma's mother emphasizes maternal devotion and the ability to believe as the magical creatures of the forest reveal themselves to her. Hazard, Lord of the Underworld, reunites with a lost love.

Too many silly characters

The owl became tiresome. There was a lot of cliche characters. Stanley was more fun.