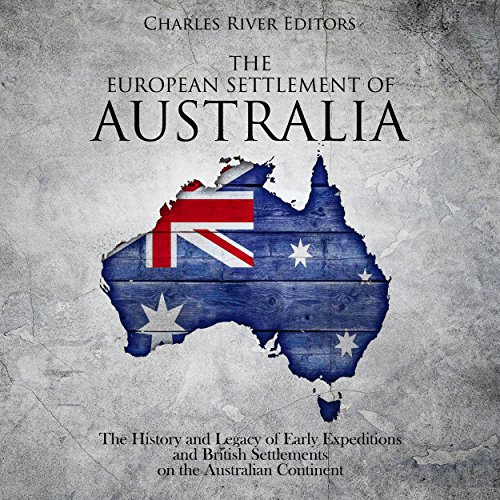 The European Settlement of Australia

“It is quite time that our children were taught a little more about their country, for shame’s sake.” – Henry Lawson, Australian poet

A land of almost 3 million square miles has lain since time immemorial on the southern flank of the planet, so isolated that it remained entirely outside of European knowledge until 1770. However, the first human footprints on this vast territory were felt 70,000 years earlier, as people began to cross the periodic land bridges and the short sea crossings from Southeast Asia.

The history of the indigenous inhabitants of Australia, known in contemporary anthropology as the “Aboriginal and Torres Strait Islander people of Australia”, is a complex and continually evolving field of study, and it has been colored by politics. For generations after the arrival of whites in Australia, the Aboriginal people were disregarded and marginalized, largely because they offered little in the way of a labor resource, and they occupied land required for European settlement.

At the same time, it is a misconception that indigenous Australians meekly accepted the invasion of their country by the British, for they did not. They certainly resisted, but as far as colonial wars during that era went, the frontier conflicts of Australia did not warrant a great deal of attention. Indigenous Australians were hardly a warlike people, and without central organization, or political cohesion beyond scattered family groups, they succumbed to the orchestrated advance of white settlement with passionate, but futile resistance. In many instances, aggressive clashes between the two groups simply gave the white colonists reasonable cause to inflict a style of genocide on the Aborigines that stood in the way of progress.

In any case, their fate had largely been sealed by the first European sneeze in the Terra Australis, which preceded the importation of the two signature mediums of social destruction. The first was a collection of alien diseases, chief among smallpox, but also cholera, influenza, measles, tuberculosis, syphilis, and the common cold. The second was alcohol. Smallpox alone killed more than 50 percent of the aboriginal population, and once the fabric of indigenous society had crumbled, alcohol provided emotional relief, but relegated huge numbers of Aborigines to the margins of a robust and emerging colonial society.