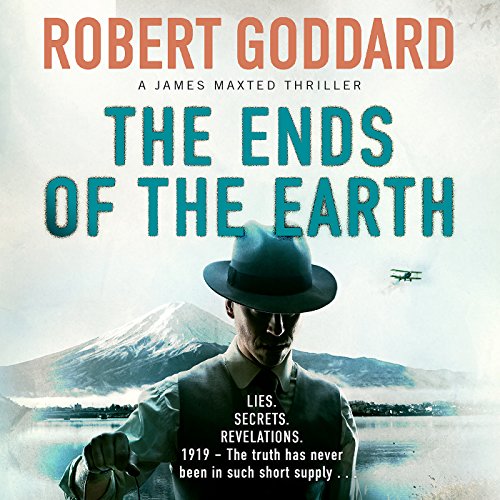 The Ends of the Earth

The Ends of the Earth

The Treaty of Versailles has finally been signed, officially ending the World War I peace negotiations, and the action shifts east to Tokyo, where a team assembled at Max's behest anxiously awaits his arrival on the docks. Max had arrived in Paris soon after the end of the Great War to investigate the suspicious death of his father, a British diplomat named Sir Henry, and is soon plunged into a treacherous game of cat and mouse with the people behind his father's death: German spymaster Fritz Lemmer and the dark horse of the Japanese diplomatic contingent, Count Tomura. It is in Japan - where Sir Henry worked as a young government agent - that Max hopes to finally uncover the whole truth behind his father's murder and take down Lemmer's spy network once and for all. But what Max's cohort doesn't know is that his own storyline seems to have come to an end in a villa outside Marseilles. Stuck in limbo, the team decides to pursue their only lead - right into Lemmer's den.

I had looked forward to the conclusion of this trilogy but was disappointed in this volume. Max went from one situation to the next with each more incredible than the previous one until this almost seemed like a parody of a spy thriller. And although this book resolved some of the plot lines from the first two boos, others were not and an additional complication for a future book(s) was introduced. I don’t think I will bother to read any more books in this series. I have read and enjoyed many of Goddard’s books in the past but this one is far from his best.