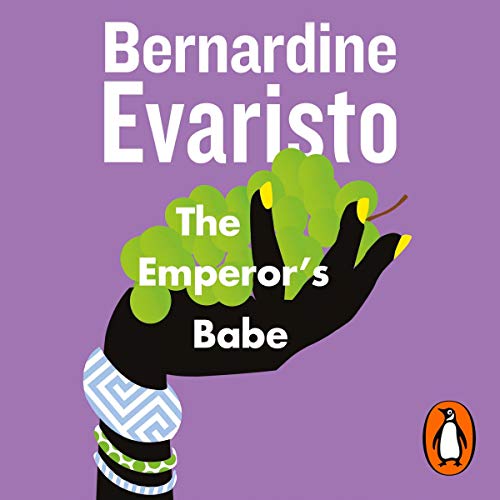 From the Booker prize-winning author of Girl, Woman, Other.

Winner of The Nesta Fellowship Award 2003.

A coming-of-age tale to make the muses themselves roar with laughter and weep for pity - sassy, razor-sharp and transformative -- from the acclaimed author of Mr Loverman.

Londinium, AD 211. Zuleika is a modern girl living in an ancient world. She's a back-alley firecracker, a scruffy Nubian babe with tangled hair and bare feet - and she's just been married off to a fat old Roman. Life as a teenage bride is no joke but Zeeks is a born survivor. She knows this city like the back of her hand: its slave girls and drag queens, its shining villas and rotting slums. She knows how to get by. Until one day she catches the eye of the most powerful man on earth, the Roman Emperor, and her trouble really starts....

Silver-tongued and merry-eyed, this is a story in song and verse, a joyful mash-up of today and yesterday. Kaleidoscoping distant past and vivid present, The Emperor's Babe asks what it means to be a woman and to survive in this thrilling, brutal, breathless world.

"Wildly entertaining, deeply affecting." (Ali Smith, author of How to be both and Autumn)

Unexpected Ending but a brilliant read

The ending was unexpected, but overally, this was an enjoyable poetic read.The language was sensual and brutal all the same time. The narration was flawless and made it easier to follow and comprehend especially where the writer switched from English to a local language (which happened a lot). The storyline could however have been a lot more developed.