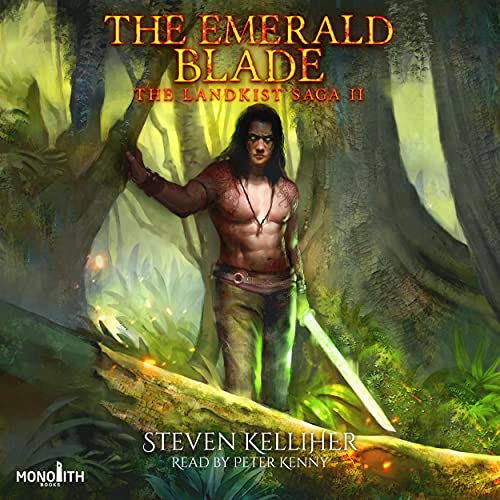 The Dark Months have faded, but the light cannot last.

For Kole, Linn, and the newly minted heroes of the Valley, their recent victory is short-lived.

The King of Ember is alive. But the man who once led his people against the forces of darkness is changed. His mysterious path takes him to the sprawling forest plateau known as Center, leading him to the middle of a war between two would-be gods.

Linn, too, is no longer what she once was, as the power of a Sage burns within her. Something Kole must come to accept lest it tear their fellowship apart.

And while our heroes gather allies to follow the King, others head for the northern deserts, intent on discovering what power the Emberfolk left buried in the sands.

At the heart of it all is the Emerald Blade. A weapon with the power to change everything.

Publisher’s Note: This edition represents a rewritten and improved version of the 2017 self-published release, with new prose and expanded lore.