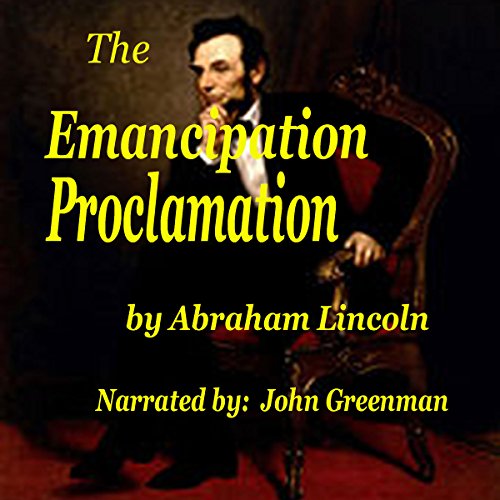 The Emancipation Proclamation was a presidential proclamation issued by President Abraham Lincoln on January 1, 1863, as a war measure during the American Civil War, directed to all of the areas in rebellion and all segments of the Executive branch (including the Army and Navy) of the United States. It proclaimed the freedom of slaves in the eleven states that were still in rebellion, excluding areas controlled by the Union and thus applying to 3 million of the 4 million slaves in the U.S. at the time.

The Proclamation was based on the president's constitutional authority as commander in chief of the armed forces; it was not a law passed by Congress. The Proclamation also ordered that suitable persons among those freed could be enrolled into the paid service of United States' forces, and ordered the Union Army (and all segments of the Executive branch) to "recognize and maintain the freedom of" the ex-slaves. The Proclamation did not compensate the owners, did not outlaw slavery, and did not grant citizenship to the ex-slaves (called freedmen). It made the eradication of slavery an explicit war goal, in addition to the goal of reuniting the Union.