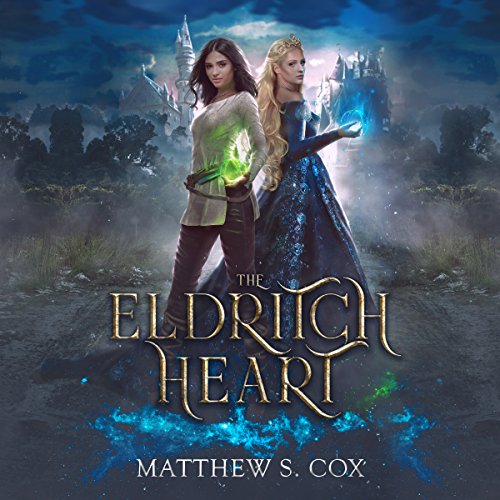 Princess Oona Talomir enjoys the little things that come with her station: a handmaiden, her lavish bedchamber, and scores of fancy dresses - the duty to win a decades-long war, not so much.

Oh, did I mention assassins?

Seers foretold the conflict would end by her hand. From the moment she drew her first breath, the neighboring kingdom has been trying to kill her so she could not grow powerful enough to destroy them. Fearing for his daughter’s life, the king has kept her confined to the castle grounds for most of her 16 years. With the tide of war turning against them, the burden of her crown becomes too much to bear, yet one thing lifts her spirits amid the gloom.

Alas, in a kingdom obsessed with the god of purity, she is terrified to confess her forbidden love. When her father makes a demand she cannot abide - marry a prince to forge a military alliance - Oona panics. He is handsome and honorable, but he’s not Kitlyn. Unable to admit why she cannot obey, Oona does the only thing she can think of, and runs away.

Alone and unprepared in the wilderness, she prays the gods will let Kitlyn find her - before the assassins do.

Glad I gave if a shot

I'm glad I didnt listen to the bad reviews on this little gem because I really enjoyed it. the story was well narrated and the characters were distinct. There are many decent twists and turns and well thought out world building. The main character are two young girls in love and they flirt with each other to afraid to admit their feelings as they dance around their social classes and responsibilities. It's very adorable and earnest and the story focuses a equal amount of fantasy and romance. give it a shot!

Completely outside my normal but very enjoyable...

The Eldritch Heart is very much outside my usual reading experience. I have not read any LGBT novels, and I am not a big fan of heavy duty science fiction or young adult books. You are probably wondering why I agreed to listen to this story given those facts, but I have enjoyed everything that Cox writes, so I decided to give it a try. Because I am not normally a fan of these genres, I can't speak to the uniqueness of the book, but I do think that it is very well written with intricate world building from a master of the fantasy genre. Having been a teenage girl myself (years and years ago), I thought many of the actions and feelings of the main character, Princess Oona seemed believable, especially given her sheltered upbringing and the immense pressures hanging over her head. This story is not for the feint of heart; many of the scenes are pretty intense, and not everybody gets a happy ending, but I look forward to seeing where the author takes us next.

Elisabeth Lagelee's narration is excellent. She has an unusual but memorable voice with a slight accent that adds to the make-believe aspect of the story. Her delivery is a little flat for my tastes, but I still found her overall performance enjoyable.

I received a copy of this audiobook at my request in exchange for this honest review.

Looking over the reviews I see the mixed feelings. I noticed an Amazon reviewer mention how she felt about a male writer and his take on how women act. I wonder if this person really got far into the story because the main female characters of this story are not quite women but 16 year old girls. One of which was a very sheltered girl yet to really know much of the outside world. They would be Ms. Oona the Princess and Ms. Kitlyn who was a friend and servant who showed up at the castle one day at the age of 3. Oona was practically raised inside the Castle not knowing much about the world and only that of which she was told was happening to the people. So many things that has happened are hard to believe but then again why lie because it is against their most revered God to do such a thing. The servant girl Kitlyn that has been close to her side growing up and she could not imagine living in the world without her friend. She learns what that really means as the story evolves. The story revolves a lot around the evolution of their relationship. I did like the plot twist that unfolds in how the girls learn more about themselves but of course that is something I can't give away here. I was saddened about some things also. So there are ups and downs in this book including magic and intrigue. I am interested to see where the story goes in regards to what is going to happen to some characters and what is going to happen between the kingdoms that had been at war for a good part of 20 years. Now I am on to that next adventure.

I was initially avoiding this book due to the top review on Amazon. however, I'm glad I ignored it because this lesfic was awesome. especially the gruesome description of the action scenes.

it was a slower start but all was needed for the finish. the love story was sweet but more on the chased side but they are teens so it make sense. many plot twists and few laugh out loud moments. Great fantasy, lovable characters can't wait to listen to the next one.

It was slow to start, and I was not a fan of the narrator's voice for Oona, it grated but I pushed through it and eventually it became tolerable. Once the story picked up it was very exciting, some what predictable but a nice twist at the end. Cute YA romance, wondering why the second book is in a younger category than the first... Preteens? It's not a prequel, the characters don't get younger. Same narrator so I might read it myself, undecided as of yet.

Far, far away too much pining not enough plot

a flighty princess and a serving girl treated like crap...and that goes on for the first 8 chapters...perhaps longer but I couldn't care anymore to finish.