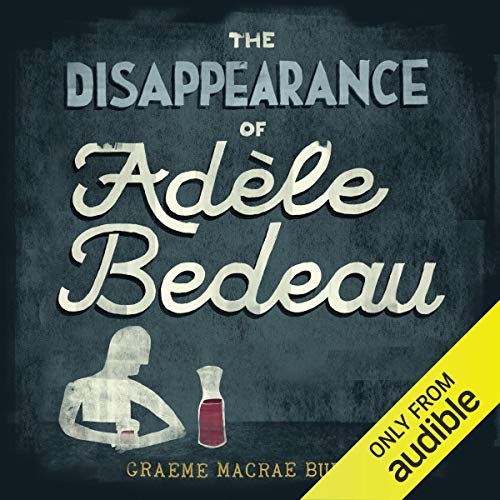 The Disappearance of Adele Bedeau

From the author of the Man Booker short-listed His Bloody Project.

Manfred Baumann is a loner. Socially awkward and perpetually ill at ease, he spends his evenings quietly drinking and surreptitiously observing Adèle Bedeau, the sullen but alluring waitress at a drab bistro in the unremarkable small French town of Saint-Louis. But one day, she simply vanishes into thin air.

When Georges Gorski, a detective haunted by his failure to solve one of his first murder cases, is called in to investigate the girl's disappearance, Manfred's repressed world is shaken to its core, and he is forced to confront the dark secrets of his past.

The Disappearance of Adèle Bedeau is a literary mystery novel that is, at heart, an engrossing psychological portrayal of an outsider pushed to the limit by his own feverish imagination.

Glad I bought it

Wasn't sure for a while whether I was really going to get into this one, but by the end I felt I'll likely read the sequel as well. Narrator did a good job with the material.

What to expect? I found it a sort of hybrid between a police procedural, and literary fiction. Tough one for any detail without spoilers, but the "mystery" angle is a subset of the story as we learn more about the inspector and the main suspect beyond anything criminal. Point-of-view alternates between those characters, which worked here for me, though often doesn't. Gorski can be compared with the famous American television detective, Colombo. Also, a definite Simenon vibe as well.