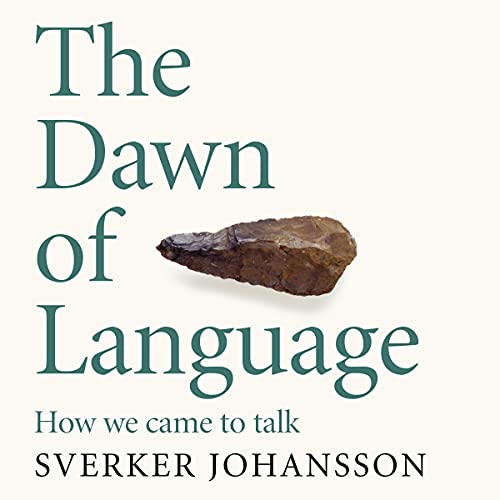 The Dawn of Language

An erudite, tightly woven and beautifully written account of one of humanity's greatest mysteries - the origins of language.

Who was 'the first speaker' and what was their first message?

Drawing on evidence from many fields, including archaeology, anthropology, neurology and linguistics, Sverker Johansson weaves these disparate threads together to show how our human ancestors evolved into language users. The Dawn of Language provides a fascinating survey of how grammar came into being and the differences or similarities between languages spoken around the world, before exploring how language eventually emerged in the very remote human past.

Our intellectual and physiological changes through the process of evolution both have a bearing on our ability to acquire language. But to what extent is the evolution of language dependent on genes or on environment? How has language evolved further, and how is it changing now, in the process of globalisation? And which aspects of language ensure that robots are not yet intelligent enough to reconstruct how language has evolved?

Johansson's far-reaching, authoritative and research-based approach to language is brought to life through dozens of astonishing examples, both human and animal, in a fascinatingly erudite and entertaining volume for anyone who has ever contemplated not just why we speak the way we do, but why we speak at all.

Sverker Johansson's claim to fame otherwise is to have invented the LSJBot, which has written eight per cent of all articles on Swedish Wikipedia. He is also a physicist, has conducted research at CERN and participated in EVOLANG, a leading international research conference on language.

Translated from Swedish by Frank Perry.

Sverker, you probably won't read this, but Terry Pratchett's collaboration in his science books includes a theory about what he calls the hominid 'Pan Narrans' - the story telling ape.