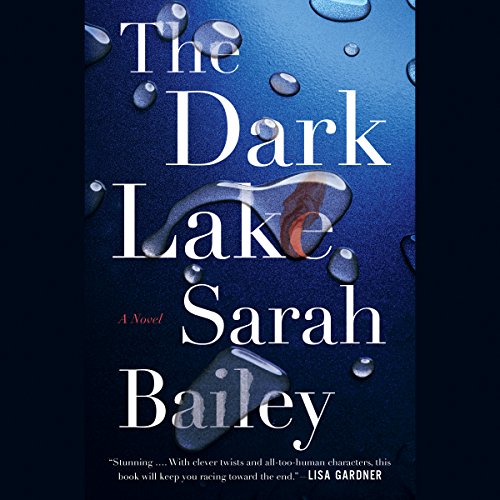 In a suspense thriller to rival Paula Hawkins and Tana French, a detective with secrets of her own hunts the killer of a woman who was the glamorous star of their high school.

Rose was lit by the sun, her beautiful face giving nothing away. Even back then, she was a mystery that I wanted to solve.

The lead homicide investigator in a rural town, Detective Sergeant Gemma Woodstock is deeply unnerved when a high school classmate is found strangled, her body floating in a lake. And not just any classmate, but Rosalind Ryan, whose beauty and inscrutability exerted a magnetic pull on Smithson High School, first during Rosalind's student years and then again when she returned to teach drama.

As much as Rosalind's life was a mystery to Gemma when they were students together, her death presents even more of a puzzle. What made Rosalind quit her teaching job in Sydney and return to her hometown? Why did she live in a small, run-down apartment when her father was one of the town's richest men? And despite her many admirers, did anyone in the town truly know her? Rosalind's enigmas frustrate and obsess Gemma, who has her own dangerous secrets - an affair with her colleague and past tragedies that may not stay in the past.

Brilliantly rendered, The Dark Lake has characters as compelling and mysteries as layered as the best thrillers from Gillian Flynn and Sophie Hannah.

"Sarah Bailey combines the very best elements in this stunning debut thriller - a troubled detective still trying to find her way as a female investigator, a small town haunted by secrets both past and present, and a beautiful victim whose unsettling allure appears to be her biggest asset and largest downfall. With clever twists and all-too-human characters, this book will keep you racing toward the end." (Lisa Gardner, number one New York Times best-selling author of Right Behind You and Find Her)

I did live it. One of those books, you need to get through the first few chapters... Then you're hooked.
Great surprise ending

I hate every lying duplicitous character.

I hate every lying duplicitous character I hate every lying duplicitous character. the writing is very good, you can get into the story but hard to like the main female character when she cheats on her perfectly fine (and very nice husband for no apparent reason. the "other man" is also married. now I have never been married (I DELIGHT in living alone after a couple of long-term relationships where I lived with my significant other for yearsI hope to never need suffer coresidence again, but geez. if you are going to commit, do it (AND EVERYTHING IN YOUR LIFE) with honor and integrity. I like my mysteries undiluted with "romance and/or sex,, actually, but when the author, typically female in this case, INSISTS that the characters life can't be complete unless she is half of a whole, then why have her panting for another man for NO APPARENT REASON +other than perhaps, she just wants a bit of strange., and I personally have never found that reason compelling enuf to toss every bit of honesty out the window and shaft a perfectly nice human being but if that is your bag this is your book!!

Couldn’t put it down

Audiobook was a great way to read/experience this book. Well done Sarah! I’ll look for more of her books.

the main character is filled with bad choices and so self centered i found it difficult to like her. overall, the book was meh. not really that big of a surprise at the end. viewing teens, even at 17, in such a sexual manner felt uncomfortable and unnecessary to the plot line at some points.

I can honestly say, I enjoyed the book from start to finish. Sarah Bailey did an awesome job with her characters and Gemma lol I had to put her separated. Again, great read!

I enjoyed listening to this book. I thought the story was good. The characters were interesting and seemed real.

Oh my....I kept waiting for something redeeming to come out of this book! The story is depressing. The narrator was depressing. I’m sorry. I know it’s a best seller, but come on! Even murder mysteries can be at least entertaining.