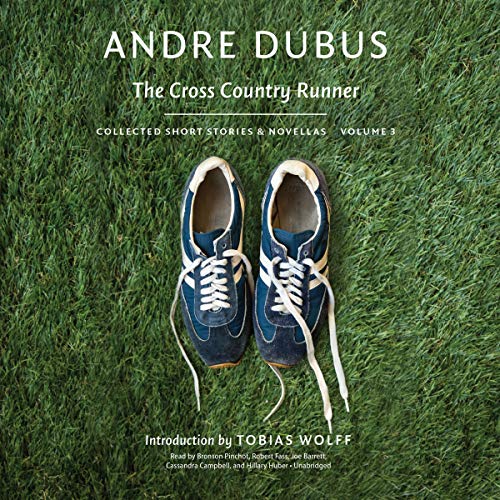 The Cross Country Runner brings together The Last Worthless Evening, Andre Dubus' fifth collection of short stories and novellas, and Voices from the Moon, his longest, most masterful novella, along with previously uncollected stories and a new introduction by PEN/Faulkner Award-winning author Tobias Wolff.

"'It's divorce that did it,' his father had said last night." So begins Voices from the Moon, the novella that shows Dubus at the height of his empathetic powers. Alternating between the viewpoints of Richie Stowe, a serious 12-year-old who plans to become a priest, and the five other members of his family, the story takes place over the course of a single day.

The four novellas and two stories of The Last Worthless Evening range further than those of any previous Dubus collection - racial tension in the Navy, a detective-story homage, a Hispanic shortstop, the unlikely pairing of an 11-year-old kid and a dangerous Vietnam vet.

This third volume in the series also draws together for the first time many of Dubus' previously uncollected stories, including work from the mid-1960s and the late 1990s. The earliest story appearing here in audiobook form for the first time is "The Cross Country Runner", which was originally published in the long-defunct Midwestern University Quarterly in 1966 when Dubus was 30 years old and only recently graduated from the Iowa Writers' Workshop. The final story - the Western-themed "Sisters" - is the last piece of fiction Dubus was working on when he died suddenly in 1999 at just 63 years old.