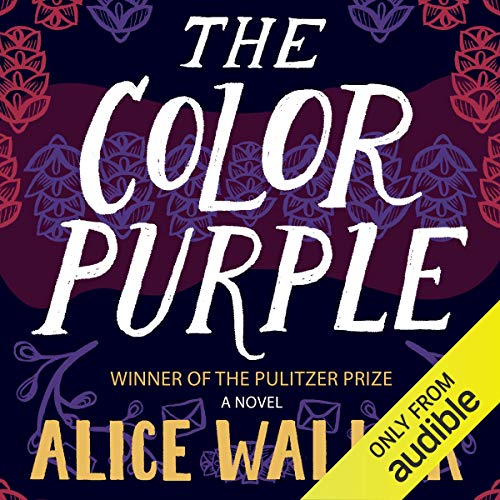 Winner of the Pulitzer Prize and the National Book Award, this novel about a resilient and courageous woman has become a Broadway show and a cultural phenomenon.

Celie has grown up poor in rural Georgia, despised by the society around her and abused by her own family. She strives to protect her sister, Nettie, from a similar fate, and while Nettie escapes to a new life as a missionary in Africa, Celie is left behind without her best friend and confidante, married off to an older suitor, and sentenced to a life alone with a harsh and brutal husband.

In an attempt to transcend a life that often seems too much to bear, Celie begins writing letters directly to God. The letters, spanning 20 years, record a journey of self-discovery and empowerment guided by the light of a few strong women. She meets Shug Avery, her husband’s mistress and a jazz singer with a zest for life, and her stepson’s wife, Sophia, who challenges her to fight for independence. And though the many letters from Celie’s sister are hidden by her husband, Nettie’s unwavering support will prove to be the most breathtaking of all

The Color Purple has sold more than five million copies, inspired an Academy Award-nominated film starring Whoopi Goldberg and Oprah Winfrey and directed by Steven Spielberg, and been adapted into a Tony-nominated Broadway musical. Lauded as a literary masterpiece, this is the groundbreaking novel that placed Walker “in the company of Faulkner” (The Nation) and remains a wrenching - yet intensely uplifting - experience for new generations of listeners.

way better than the movie

I read this book as a girl and so much went over my head. now as an matured woman I caught it all, I think... I'll read again in 20 years to see what i missed this go around. best book I've ever read.

The narration itself itself is remarkable. Lyrical, subtle and warm. The characters seem full and on the blind cusp of their own unfolding experiences.
Sectacular story as well as audio production.

How did I wait so long to read this? Much more uplifting than I could ever expect.

Simple. If you haven't read it yet, do it not.

What a book, what a voice. Alice Walker reading her novel is a gift to the world.

Narrated by the author, this story felt like I was part of an intimate setting with a friend who told of the journey of her life.

what an amazing story, its an emotional love story

A true love story about how deeply we love the people in our life. the authors narration was perfect!

what the heart wants

saw the movie years ago but as usual the movie left out some pretty important details.

Listening to the book gives you so much more insight than the movie! Never thought I would say this, I'd rather read the book than look at the movie!!!

A Classic of Western Literature

It is wonderful to hear Ms. Walker read her amazing novel. I read it in the early to mid '80s. Now over 35 years later, it speaks to me and moves me all over again.

Listening to this novel narrated by the author herself was imo the best possible way to experience it.

Totally recommended;-) Although I have seen the film several times, I finally now understand why the book was titled „the color purple“. It was a pleasure to enjoy hearing this book which was narrated by the author.