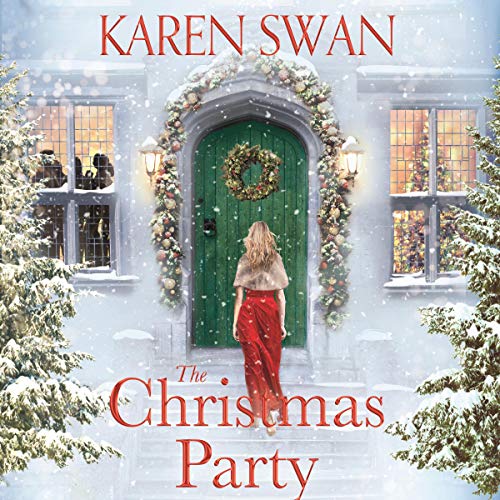 The Christmas Party is a delicious story of romance, family and secrets, by the Sunday Times best-selling author Karen Swan.

When Declan Lorne, the last remaining knight in Ireland, dies suddenly, an ancient title passes with him. But his estate on Ireland’s rugged south-west coast is left to his three daughters. The two eldest, Ottie and Pip, inherit in line with expectations, but to everyone’s surprise - and dismay - it is the errant baby of the family, Willow, who gets the castle.

Why her? Something unknown - something terrible - made her turn her back on her family three years earlier, escaping to Dublin and vowing never to return. So when Willow quickly announces she is selling up, her revenge seems sweet, and the once-close sisters are pushed to breaking point: in desperation, Pip risks everything to secure her own future, and Ottie makes a decision that will ruin lives. It’s each woman for herself.

Before moving in, Connor Shaye, the prospective new owner, negotiates throwing a lavish party at the castle just days before Christmas - his hello, their goodbye. But as their secrets begin to catch up with them, Ottie, Willow and Pip are forced to ask themselves which is harder: stepping into the future, or letting go of the past?

I enjoyed each character's story. Not complicated but there were a few surprises and it was really just enjoyable to ride along and imagine the country and the place and the circumstances. And, a satisfying ending that left me with wet eyes. Well done and thank you for the ride!

3 sisters reunite under sad circumstances. Lies hold the distance between them. Will they manage to overcome the past and embrace each of their futures? Entertaining and well written

One of this author’s best books

I preordered this book because I love this author. I was blown away. I lost nearly 2 days because I couldn’t stop listening.

The story focuses on 3 sisters, Ottie, Pip & Willow. Their father was the 29th Knight of Lorne. He dies rather suddenly before Willow can get back from Dublin, where she now lives. She had left & never returned because of a family secret. I’m not a great lover of secrets being kept throughout a book but this was very well done. Ottie has a secret too. She’s been having an affair with her father’s best friend for 5 years and wants him to leave his wife. Pip is the wild child, constantly getting into trouble. It’s a riveting book, well worth listening to. The narrator is brilliant & authentic.

As a non-native speaker I like listening to this kind of fiction to train and to brush up my English. Aoife has a lovely voice and adds a bit of extra local spirit to the story with that charming Irish accent.