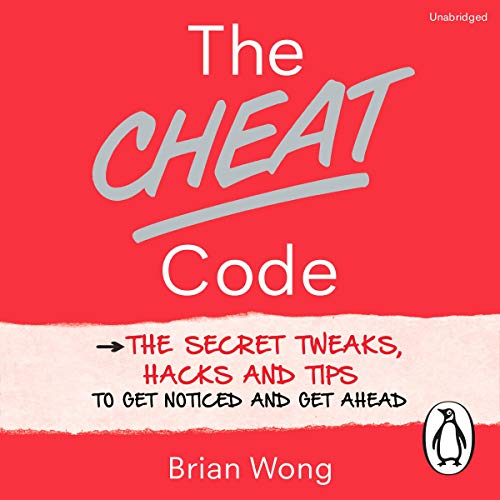 The Secret Tweaks, Hacks and Tips to Get Noticed and Get Ahead
De : Brian Wong
Lu par : Brian Wong
Durée : 5 h
Catégories : Anglais - Business, Career Skills
3 out of 5 stars 3,0 (1 notation)

Have you ever noticed that there are certain people who seem to move up just a bit faster than everyone else? Those rare people who are always a bit ahead of the curve, get noticed a bit more, and achieve their goals a bit more quickly than the rest of us? And have you ever noticed how much this small edge makes a massive difference to the trajectory of their careers?

Twenty-four-year-old entrepreneur Brian Wong is one of these people, having graduated from college by age 18, having raised $24 million in venture capital to start his own company before he turned 25, and having grown that company into a global mobile advertising giant in just four years. His secret? The Cheat Code.

Wong believes that most people - even creative people - have a tendency to follow a script, to do things the way others do them simply because that way works. But therein lies the secret at the heart of the Cheat Code:

Anyone can easily shortcut his or her way to success, simply by going slightly off script - by doing things just a little differently from everyone else.

Here, Wong unlocks the power of the Cheat Code through 71 bite-size and virtually effortless shortcuts you can use to get a leg up on the competition, get noticed, and accelerate your success. For example:

No matter where you aspire to go in your life or career, The Cheat Code will help get you there - faster.

Thanks Brian!! We'll cross paths in the medium term. Keep doing what your are doing!!