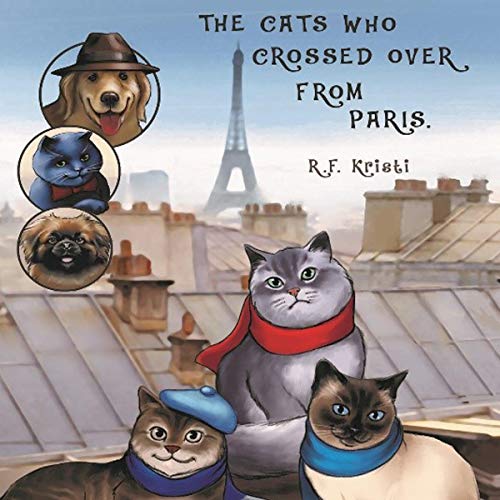 The Cats Who Crossed Over from Paris

Inca, a Siberian puss, tells the story about her furry family - her brother Fromage, who is addicted to cheese and considers himself a cheese monger, and her sister, Cara, a gorgeous but timid Siamese. Inca, an avid fan of Dr. House, considers herself the leader of the troupe and responsible for the well-being of the family. They own, according to Inca, Missy, a young humanoid who has a well-established cheese shop in Paris. The story revolves around how Missy decides to move to London with her co-partners, Jacques and Genevieve, to run their new cheese shop and café. Can Fromage leave his pal, Charlotte, behind? Soon after arriving in London, the three cats accompany Missy to their neighbor’s house where they meet Monk, a blue Russian cat, and Terrance, a golden retriever owned by their famous neighbor, a detective named Solo, living in the same compound in Kensington.

Things start to get interesting when Monk tries to help their neighbor, Polo, a sad little Pekingese whose mistress, a formerly well-known opera singer who is pining for her lost husband, has her valuable diamond necklace stolen. Can Inca and her family assist Monk and Terrance to recover the diamond necklace and resolve Polo’s problems?