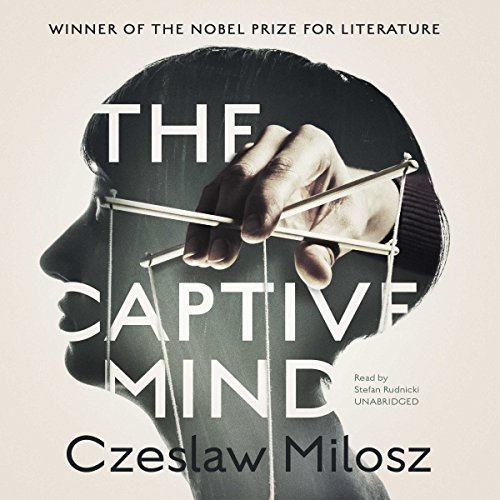 The best-known prose work by the winner of the 1980 Nobel Prize for Literature examines the moral and intellectual conflicts faced by men and women living under totalitarianism of the left or right.

Written in the early 1950s, when Eastern Europe was in the grip of Stalinism and many Western intellectuals placed their hopes in the new order of the East, this classic work reveals in fascinating detail the often beguiling allure of totalitarian rule to people of all political beliefs and its frightening effects on the minds of those who embrace it.

A very complete, yet still actual work on intellectuals living in a dictatorship. His work not only gives us an idea of what living in a Soviet-occupied Poland was like, it also depicts Human beings when faced with hardships, especially intellectuals.

Every U.S. citizen should read this.

I'm glad this book has been resurrected. It's so easy to forget what a totalitarian state does to human beings. And it's also as easy to forget the benefits and pleasures of living in a free nation and the kind of sacrifices required to maintain that freedom. Before the election all U.S. citizens should read The Federalist Papers and this book. Both will clarify our individual civil responsibilities and warn against the insidious and destructive nature of collectivism and unchecked centralized government.

A thought-provoking and enlightening. Definitely a must read, especially in this current (political) climate.

A beautiful sad and hopeful meditation on humanity during the worst catastrophies of the 20th century. This should be required reading for all liberal arts programs and many others.

on my G.O.A.T. List. purely phenomenal. the narrator brings a calming, but confident voice that compliments the story perfectly.

Despite describing a bygone era, timeless

Despite describing a bygone era, still relevant in the sense of Orwell's 1984 describing basic psychological and political mechanisms. Orwell's 1984, Animal Farm, and related writings are definitely better as a reader friendly account of totalitarian society. But this book also has its place as a sort of anthropological study focused on a handful of telling individuals who experienced the transition to Stalinism.

I love this writer’s expression of inner conflict and his wisdom about politics, art, and psychology. Exhilarating to read, yet also full of horrors.

This book was perfect! History, culture, art, intellectual thought, what else? I want more books like that.

It is from his from his own authenticity and gifted pen that Milosz provides engaging essays that prevail against the USSR. Stefan Rudnicki does a fine job narrating.