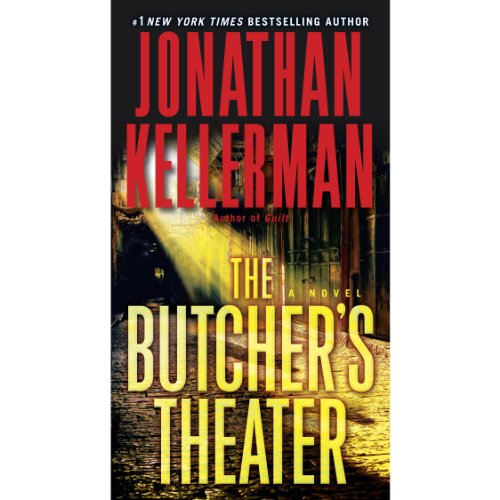 They call the ancient hills of Jerusalem the butcher's theater. Here, upon this bloodstained stage, a faceless killer performs his violent specialty: The first to die brutally is a fifteen-year-old girl. She is drained of blood, then carefully bathed and shrouded in white. Precisely one week later, a second victim is found. From the sacred Wailing Wall to the monasteries where dark secrets are cloistered, from black-clad bedouin enclaves to labyrinthine midnight alleys, veteran police inspector Daniel Sharavi and his crack team plunge deep into a city simmering with religious and political passions to hunt for a murderer whos insatiable taste for young women could destroy the delicate balance on which Jerusalem's very survival depends.

A brilliant novel by a master of the genre, a vivid look at the tortured complexities of a psychopath's mind, a rich evocation of a city steeped in history -- this, and more, is The Butcher's Theater.