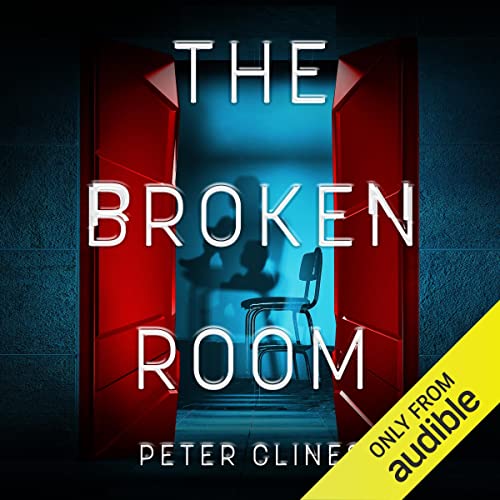 You can still owe the dead.

Hector was the best of the best. A government operative who could bring armies to a halt and nations to their knees. But when his own country betrayed him, he dropped off the grid and picked up the first of many bottles.

Natalie can’t remember much of her life before her family brought her to the US, but she remembers the cages. And getting taken away to the Project with dozens of other young children to become part of their nightmarish experiments. That’s how she ended up with the ghost of a dead secret agent stuck in her head.

Now Hector and Natalie are on the run from an army of killers sent to retrieve her. Because the people behind the Project are willing to risk almost anything to get Natalie back and complete their experiments.

I'm a pretty big peter clines fan with that said. WTF hours of a 12 year old girl explaining a situation about a deep state compound from a 12 year old girls point of view? Go back to threshold universe Pete. This is awful. The narrator is also seriously lacking may that's part of the problem I don't know but I've listened to everything clines has done and this is just WTF.

I'll start by saying I'm not sure why I even finished this book. Perhaps because it was recommended to me by an audible employee.

I was enjoying the book until the border scene: "America was scary now. People at the border were scary and mean. They put us in cages. We had to use the bathroom in the corner and were laughed at..."

I understand this is fiction but the author "researched" the topic of immigration by having a single contact that fed him a lot of BS that was obviously not first-hand knowledge.

It's frustrating when I want to read/listen to a fiction book in order to escape the blatant cognitive dissonance that seems to have taken up every single media outlet only to be slapped by more BS.

Do some REAL research. To start, the cages were constructed before 2014.

Describing being physically abused, tortured, put into solitary confinement, drugged, and terrified with the off-hand comment, "It was almost as bad as the cages," is absolutely ridiculous.

I was born and raised in New Mexico. The population of "brown-skinned people" is over 50%. To say there was a "good ol' boy cop" looking for a latino to harass is absurd.

In addition to this, there were a lot of inconsistencies throughout the book. "Act like a boy...I'm just a normal dad out with his daughter..." As well as repetitive phrases which grated as well.

I'm not very interested in the fights. I half listen to the battles waiting for the author to get on with the story. There were many fights and they went on forever. Should have been over, but no, one more struggle. Love the author, not this book

Peter Clines, what have you done now?!

Before I say anything else, I love the book, the premise, and the characters. The story is a powerhouse. Peter Clines, you’re one of my “go-to” authors. Timothy Andres Pabon, thanks for a great performance! I’ll be watching for your name when I’m looking for a new listen.

I'm a HUGE fan of his other books, but this one left me bored. There's good ideas here but they're strung along between boring action scenes and wooden dialogue.

Clines actually explains the genesis of this book in the afterword, where he had a really interesting idea that quickly turned into four chapters without any planning, and then he had to figure out what to do for the next 300 pages... (spoiler: not a lot)

This isn't up to par with The Door, or even his later Ex series. What happened? Is it burnout? Laziness? I was thrilled to get this downloaded, but that turned to disappointment soon afterwards. It's just not good. After his last book, it's looking like a downward trajectory. I'm not super thrilled about that idea.

warning, slight spoiler ahead. I'm a huge Peter Clines fan. He has a great way of using descriptive narrative that really draws you into his stories and usually his stories are compelling. This one is not a compelling story. I found the girl's narrative of her story too omnipotent for a 12 year old. The story starts relatively cliche and the plot is predictable. There were fun elements of mystery and supernatural stuff but all in all it was overshadowed by page after page of repetitive descriptions of puking that do not further the story line. I did make it to the end just to see what happened but it was a tortured route. There are some fantastic, really fantastic Peter Clines works out there and this is a wonderful writer, just not this book. sorry.

Another great book from Peter Clines. I thought The Broken Room was a great trip worth taking.

I don't understand why this wasn't considered part of the threshold series. it fits really well and could be a nice side but away from the main "cast" similar to "dead moon"

I've loved Peter Clines' other books, but this one was just plain awful. Such a disappointment and waste of a credit! I don't think even Ray Porter, narrator of 14, The Fold, and Dead Moon, could have made the stilted, wooden, and improbable dialogue work, but this narrator didn't do anything to enliven the story. It's silly to blame The Broken Room for being improbable, I guess, since the other Threshold plots are wildly improbable— but the books are still great adventures IMO! But this one is improbable and BORING, which is kind of unforgivable. I found my attention wandering even during the climax scenes, which is when I had to admit defeat and give up. If you want mayhem, try Victor the Assassin or Orphan X. If you want hair-raising science experiments on kids, try The Girl with All the Gifts or The Institute.

Another fun listen from a great author!

A little different, as you can expect from Mr Clines. Has ties to other characters you may remember, in a world that you can recognize, without being a direct link to any of his other stories. A good chunk is the narration of a horribly abused and psychologically programmed young immigrant girl, but if you progress in the story you will see that it is about much more than just a government black-site.
Narrator did well, I just don't feel like he had much range, but not everyone can be Ray Porter I guess.

great story. a bit different from what i expected from Clines. A bit of "the gray man" and then there is what you would expect from Clines, too. Brillianly narrated.