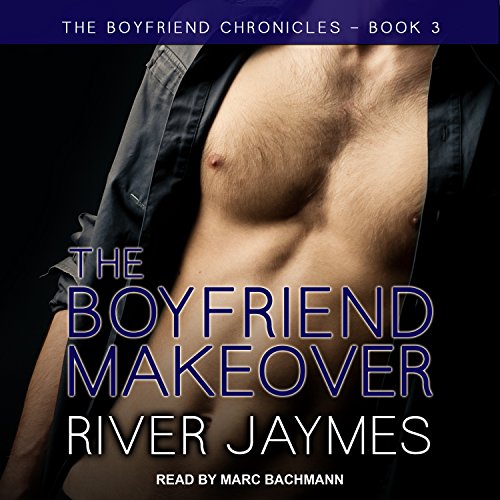 Noah Tanner loves life and the gay men who live it. Bisexuals rock too. Questioning? Even better. One-offs come and go like dates on a calendar, but his friends and his calling never do. He's spent years raising money for San Francisco's homeless in honor of the boyfriend who died.

Ensuring the success of his upscale charity event is currently job one. He's closing in on his goal, but the deliciously scruffy, oh-so-sexy Bachelor Bid contestant, Dr. Kyland Davis, is proving far too distracting.

Former Texan and no-nonsense surgeon Ky Davis prefers his beat-up Stetson boots to Louboutins. He's sacrificed a lot to help raise his siblings - including keeping his orientation a secret. After a difficult year for his sister, he'll do anything to see her smile again, even agree to participate in the fundraiser she's been hired to organize.

Unfortunately, the accompanying makeover by the irreverent and gorgeous Noah Tanner might be his undoing. Contains mature themes.

This is going to be a quick review. I'll admit to being a little let down by this story. It was good...just not riveting. But I absolutely do not regret spending the time reading/listening to it.

The book is about Noah, a slightly flaming gay guy who's wracked with guilt over his partner's death. He's obviously gay and the party guy in this group of friends, but that happy exterior is hiding some dark secrets. The other half of this duo is Ky, a good old boy surgeon from Texas who's very much in the closet. He doesn't know what to do with Noah.

The two had good chemistry. It was just at times the story kind of dragged with the same mental debates over and over again. I think a few thousand words could have been cut and this book would have been stronger for it...because it was good. The story just didn't move fast enough...for my liking.

My two cents. It was good enough and definitely if you're a fan of the series, you will want to read Noah's story. There were moments that I really enjoyed and definite highlights. I loved the scenes at the ranch when finally things began to move forward.

It didn't work for me

I read and enjoyed the two previous books The Backup Boyfriend and The Boyfriend Mandate and was looking forward listening/reading The Boyfriend Makeover as the ebook is in KU and audiobook is in the Escape package - the previously called Romance Package- but I found myself skipping and falling asleep. Also, there is a lot of homophobia , that the previous books didn't have. I didn't particularly care for the narration . Voices sounded forced and fake I am in the minority , many others liked it . So, it might be it's me , not you situation. I am just happy I can return it and move on to another book.

This was a good continuation of the series, it dragged a bit here and there and fell flat with some of the conflicts but still a good listen with all the great characters from the previous books in the series. Bachmann does a good job narrating and made the listen very enjoyable.

I loved everything in this audiobook the story shows how people’s life’s as dramatically different ... Everyone’s life should be happy and feeling secure but it’s extremely sad to say that’s not always the case .. The humour is marvellous I am surprised you didn’t hear me laughing at so loudly!! So enjoy this series — With River Jaymes words and Marc Bachman as the narrator this audiobook it perfect .

just love the journey Noah has to take to find that in fact he is worthy of such an amazing man.
and even though Ky, made a promise so many years ago. he still can be true to himself and family.