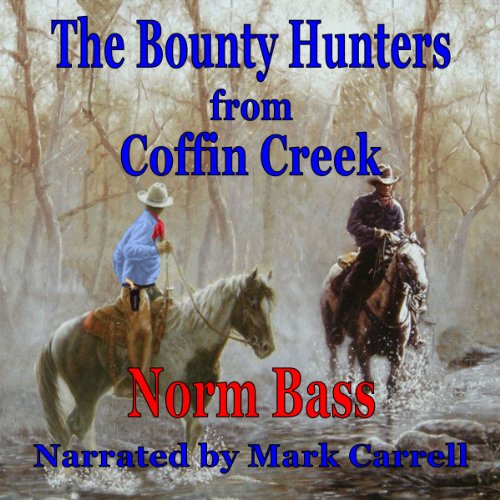 The Bounty Hunters from Coffin Creek

Two years after Custer and 267, men from the Seventh Cavalry are killed at the Little Big Horn, a government survey party - mapping the remote Colorado backcountry - discovers that the inhabitants of a small mining camp have all been killed, scalped, and mutilated. Fearing that the massacre will trigger panic and widespread reprisals against the friendly Ute Indians, government officials cover up the massacre.

Although the massacre has all the earmarks of an Indian attack, government officials later discover that a gang of white men may actually be responsible for the raid and two representatives from the Bureau of Indian Affairs seek out a ruthless bounty hunter to track down and secretly eliminate the men responsible.