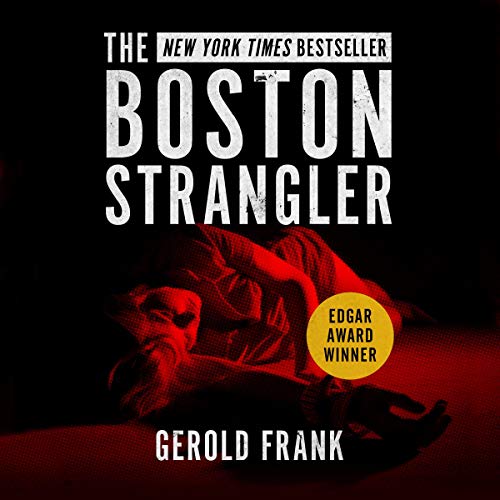 New York Times Bestseller and Winner of the Edgar Award: The definitive account of a serial killer's rampage - and the manhunt that stopped him.

On June 14, 1962, twenty-five-year-old Juris Slesers arrived at his mother's apartment to drive her to church. But there was no answer at the door. When he pushed his way inside, Juris found Anna Slesers dead on the kitchen floor, the cord of her housecoat knotted tightly around her neck.

Over the next two years, twelve more bodies were discovered in and around Boston: all women, all sexually assaulted, and all strangled. None of the victims exhibited any signs of struggle, nothing was stolen from their homes, and there were no signs of forcible entry. The police could find no discernable motive or clues. Who was this madman? How was he entering women's homes? And what insanity was driving him?

Drawn from hundreds of hours of personal interviews, as well as police, medical, and court documentation, this is a grisly, horrifying, and meticulously researched account of Albert DeSalvo - an American serial killer on par with Jack the Ripper.

Seeing as this was a new release on Audible You would hope that some sort of update would be added at the end like they do with so many other books about serial killers. The book was published in 1966 and Albert De Salvo was murdered in 1973. DNA evidence has come forward in more recent years linking him to one of the murders and so many other theories on who the Boston Strangler is have emerged. This book needs an afterword.

The story never really reached a crescendo, even when it was going through De Salvo's confessions, it seemed to just skate along at the same kind of pace and slight build. It is full of cold hard facts which I appreciated. I am fine with this type of story telling, but someone else may want to find another book if they want something engaging.

I was not a fan of the narration. The narrators voice is very slow and soft. I was practically put to sleep in the beginning and then I realized that it kind of sounded like the narrator was trying to seduce someone which was stuck in my head thereafter. Luckily the end of the book is largely in De Salvo's words so the accent the narrator takes on eliminates the bedroom voice.

This book is an an example how Audible must scrape the bottom of the barrel for content. WHY ARE THEY INTRODUCING A BOOK WRITTEN IN 1966? This book would have made a wonderful magazine article but instead is a tediously long and boring book. Eighty percent of the book discusses the suspects WHO DIDN’T DO IT but the author must have needed it to fill up a book. A full chapter is wasted on the 50 year old politics of why it wasn’t fully prosecuted.

I was completely disgruntled with this book. The narration is horrible - the enthusiasm and interest of a slug.
Didn't get off to a good start when the author states in the prologue that the book is about the "City of Boston" - he didn't say it was a bout the strangler. Nowhere in the description of this book does it state it is a book about the City of Boston. Very misleading description. This is where I wish we could read the prologue online before ordering the book - wasted my time.
I didn't make it past 5 hours in - moves slower than the slug talking.

Do not waste your time, money, or credits on this one. Find another one on the subject.

"A criminal research project without parallel."

I first heard of the Boston Strangler when, in my twenties, I saw the newly released 1969 film in which Tony Curtis played deSalvo, the petty thief who became both rapist and murderer, condemned to live out his life, without trial, in a mental institution, and i was both horrified and touched. Now, decades later, this book has reignited those feelings.
Well written, the author, Harold Frank, rehearses the sequence of the attacks, the timeline and content, thumbnail sketches of each victim, the police investigations and the investigators themselves, the panic of the city and, of course, the nature of deSilva himself showing everything from different perspectives. It is thorough and, as far as it can be, presented unemotionally but still with feeling. The narration by Steven Jay Cohen continues this approach, his delivery well paced and modulated - a fine performance.

At nearly eighteen hkurs, this is quite a long book and could easily have become tedious or devolve into an hysterically gratuitous story of murder. But instead, this book held my attention throughout and I wholeheartedly recommend it to anyone with an interest in true crime of murder mysteries in vs eral. It is a case unlike any other and one which should not be able to occur again now.

not a great performance

The tone and cadence of the narrator distracts from the story/content. feels like his voice is better suited for children stories and not true crime.

the story itself is pretty interesting.

I found this book fascinating. For sure it’s dated in the way any crime book from this era will be dated. But that’s part of its charm. But increase the narration speed to x1.2 and all listening problems disappear.