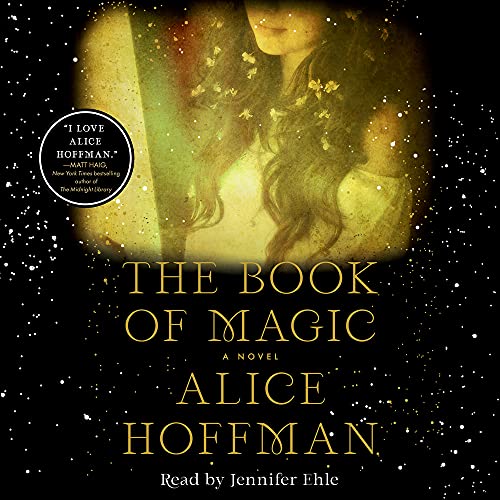 Master storyteller Alice Hoffman brings us the conclusion of the Practical Magic series in a spellbinding and enchanting final Owens novel brimming with lyric beauty and vivid characters.

The Owens family has been cursed in matters of love for more than 300 years, but all of that is about to change. The novel begins in a library, the best place for a story to be conjured, when beloved Aunt Jet Owens hears the deathwatch beetle and knows she has only seven days to live. Jet is not the only one in danger - the curse is already at work.

A frantic attempt to save a young man’s life spurs three generations of the Owens women, and one long-lost brother, to use their unusual gifts to break the curse as they travel from Paris to London to the English countryside where their ancestor Maria Owens first practiced the Unnamed Art. The younger generation discovers secrets that have been hidden from them in matters of both magic and love by Sally, their fiercely protective mother. As Kylie Owens uncovers the truth about who she is and what her own dark powers are, her aunt Franny comes to understand that she is ready to sacrifice everything for her family, and Sally Owens realizes that she is willing to give up everything for love.

The Book of Magic is a breathtaking conclusion that celebrates mothers and daughters, sisters and brothers, and anyone who has ever been in love.

it's good that the author decided we needed a suitable ending to the Owens saga. The book "Practical Magic" was very important to me as a middle aged woman with a toad or two in her garden. It gave me hope and a bit of magic in love. Now, as a woman who has more in common with the elderly aunts and a couple of middle aged daughters of my own, I enjoyed seeing the fruition of the love of this family.

Listened to this over two days. Couldn’t stop. It’s perfect. Love it. Now to listen to all three in order. ❤️

such a great ending to a magical saga

this is by far my most favourite book series I ever listened to, just love Hoffman's books and the "magic" saga is the very best, leaves you feeling just happy and satisfied, a must listen!

Wrong reader for this book unfortunately. She just reads, with no voice to individual characters. The characters are well written, but the reader does not give them any life. Makes story hard to track. All are read the same, story is lost. This one better to read.

To me it was the ultimate series finale! Intergenerational, intercontinental Magic.
Loved it start to finish. Thank you, Alice Hoffman.

Good to wrap it all up but it’s a lot to throw out there. Multi/generations on top of each other. Too much recapping needed stretched it out too much at times. The narrator spoke too slowly. First time I have ever had to put the dial up past 1.0.

Too much "tell", not enough "show". Author needs a course in writing fiction. A waste of time and money. Find something else to read.

I loved it and it was just what I was in the mood for. Thank you

I can't imagine a better conclusion to this saga. it's heartbreakingly perfect. I've loved everything I've read by Alice Hoffman.

Best in the Series!

I love this book so much & didn’t want it to end! A beautiful & graceful (& often heart wrenching & poignant) end to the series. The Owens women will stay in your heart forever.