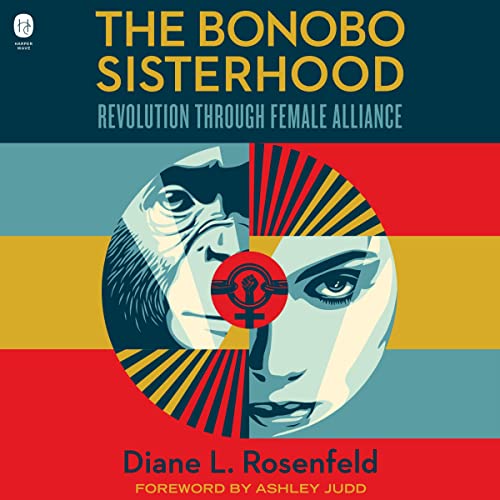 Internationally recognized gender violence expert and law professor Diane L. Rosenfeld picks up where the #metoo movement leaves off, drawing on the natural world to create a roadmap that focuses on female alliances to end domestic abuse and sexual violence.

Harvard Law professor and powerhouse attorney Diane Rosenfeld has dedicated her career to ending violence against women, a battle she has waged in courtrooms, classrooms, and boardrooms. But a decade ago, when she encountered a Harvard colleague's field work on bonobos, she discovered a game-changing model for ending gendered violence and abuse.

Why Bonobos? Male chimpanzees will kill rivals and assault fertile females. Male orangutans will force themselves on females even as they scream. Male baboons will chase females up trees, biting and harassing them until, exhausted, they give up. But our closest relatives in the animal kingdom, bonobos, are different: Founded in a broad alliance among females, bonobo culture meets any attempt at sexual violence with swift, unified collective defense. Inspired by what she learned, Rosenfeld transformed her new vision for equality into action, creating a course that has become incredibly popular and drawn praise from students and luminaries from Gloria Steinem to Reese Witherspoon to Ashley Judd.

Inside and beyond the classroom, Rosenfeld has begun to successfully deconstruct the legal and social framework that supports patriarchy and violence—challenging everything from the language we use to talk about violence against women to exposing the architecture of patriarchy and the male alliances that allow the violence that props up too many of our homes, schools, businesses, courts, military and governmental structures.

Widespread change is long overdue. Men have utterly failed to protect women so women must take matters into their own hands. This book shows them how. The Bonobo Sisterhood explores the power and potential of female alliances to stop male-on-female violence. It’s about women looking out for and supporting women in every circumstance and provides actionable steps we can all take to protect and support women from the continued and hidden horror of sexual violence and abuse.

We have the power to make change, Rosenfeld reminds us. It’s time to use it.

This book is really empowering for people who are helpers by nature and want to do something to better our world.

An excellent book. It made me think about our place in the world as a species and what we can do as individuals to make a better place for all of us.