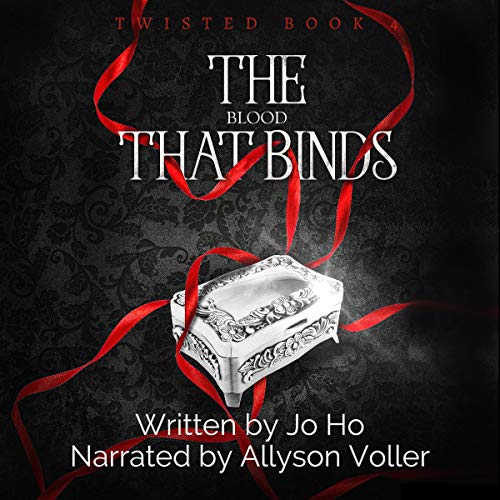 The Blood That Binds

After a trip to a place of magic seemingly leaves the girls with more questions than answers, Tyler takes off to spend some much needed time with Ally only for danger to have followed them with potentially devastating consequences for the sisters.

Meanwhile, Marley has family problems of her own. Realizing that she has never known anything about either side of her family, she broaches the subject only for Paul to evade her questions. Why is he keeping secrets from her? What doesn’t he want her to know?

With the other girls preoccupied with their own issues, Eve takes the opportunity to try to mend bridges with Cassie. What should be a nice dinner out turns into an ordeal, however, when an unwanted chance encounter causes more antagonism between them.

As Cassie tries to deal with the aftermath the only way she knows how, she just makes things worse.

Frustrated with the way things have gone down, Eve retreats home but finds herself confronted with the very secret she thought was dead and buried…

Will the girls be able to defeat their own personal demons before the real ones catch up with them?

Saving the world has never been this twisted!

Fans of the Mortal Instruments, The Vampire Diaries, Supernatural, and Pretty Little Liars will love this thrilling new series!

Written like your favorite CW or Netflix show, expect thrills, heart-thumping romance as well as epic twists and turns that will keep you guessing!

Continues to be an entertaining series

This series continues to be entertaining and I can't wait to see what happens to these girls next. Great idea for a tv series. I received a free review copy of the audio version of this book in exchange for an honest review.

These girls are not bonnie in the traditional sense, but each of them has something that makes them come across as beautiful... Even if it's beautifully broken

An incredible wild ride that has just begun.

Reviewer: Teresa Fallen Angel Summary: The girls lives will never be the same as they struggle to get a hand of their powers as their enemy draws ever nearer. The girls are average everyday individuals who have their own problems to overcome. Unfortunately, they have kept their problems to themselves making it almost impossible t understand why they react to situations in such extreme ways. I love how they may be average in every way except for their powers that complicate things for them. As their enemy moves closer to them and the ones they love, will they become the team they need to be before it is too late? This audiobook was an incredible intricate story that has just begun.

Anticipating the next book

Once again, the author and narrator outdid themselves. The fact this is covering so many social issues. As a sociologist, this series as peaked my interests and as helped me enjoy the story more. I can't wait to the evolution of the girls. I just can't get enough. I have listened to the books from the beginning more than once. Keep up the good work and looking forward to the next one. I truly enjoy the supernatural and discovery of the girls powers. I would love to see this as a movie series. I would watch it for sure. I still haven't who is my favorite characters. I like seeing evolutioin. "I was given this free review copy audiobook at my request and have voluntarily left this review."

I received this book for free at my request and the following review is of my own. And this series keeps getting more and more interesting. Just when the girls think they might get some answers they get even more questions. They also start going through even more difficulties with their lives as they still try to not only figure more on their magic but also their pasts.

In The Blood That Binds, episode 4 of the Twisted saga, things start to ramp up. The girls begin to learn a bit more about their past, get a better handle on their powers, and learn a bit about how they are connected. Unfortunately each of our heroines has their own personal demons and more than one of them begins to use their powers as an unhealthy coping mechanism. You can definitely see there is plenty of drama coming their way. Speaking of drama coming their way, we also get glimpses at what the 'big bad' is up to. Excellent series that will hook you if you give it half a chance. I was given a free review copy of this audiobook at my request and have voluntarily left this review.